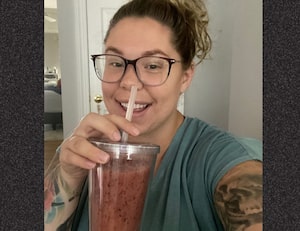 While she and Jo had a recent “breakthrough,” the same can’t be said for Creed’s father, Chris.

Kailyn Lowry is no stranger to baby daddy drama, but after a rocky last season, the “Teen Mom 2” star is in a good place with at least one of them.

She’s also adjusting to having yet another boy in the house, after giving birth to son Creed in July. The newborn is her second child with Chris Lopez — the two are parents to Lux, 3 —  while she also shares 10-year-old Isaac with Jo Rivera and 6-year-old Lincoln with Javi Marroquin.

“I haven’t talked to Chris in awhile, so he hasn’t seen Creed in a while,” Lowry told TooFab ahead of the Season 10 premiere. “But, you know, there’s always room to improve that so hopefully it improves.”

As for their new arrival, she said all her sons are thrilled to have another boy in the family. “Especially Lincoln,” she said, “Lincoln was not gonna allow us to have a girl.”

“You don’t know this little tiny human and then you birth them and literally, instantly, you’re like, ‘How did we live our lives without you?'” she added. “It’s so crazy.”

Despite being under one roof with four boys running around, Kailyn said she “definitely would have more kids” — and would still be totally “fine if it was another boy.” She added, “At this point I’m already out numbered by four, so it’s completely fine.”

While it sounds like things are very much on the outs again with Lopez, fans should be happy to hear she’s in a better place with Rivera — who she battled with over custody and visitation all of last season.

“I definitely think Joe and I hit a breakthrough this season. which I’m pretty proud of,” she explained. “I think that there’s always been an underlying resentment, even during the good times with Jo.”

That changed after she started going to therapy around a year ago. 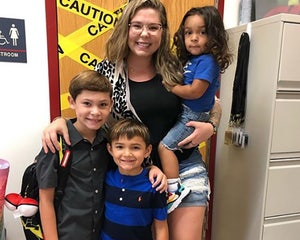 “It’s kind of nice to hear a neutral party’s perspective, so I brought something to [her therapist] and she kind of gave me feedback on it that opened my eyes and helped me in a situation with co-parenting with Jo,” she continued. “I kind of hit a breakthrough with him and apologized for something and I hope viewers see it for exactly what it is.”

“It’s hard to face the music sometimes and when you know you’re wrong or you finally look in the mirror and like, ‘Wow, I could have made a better choice or I’m going to do better moving forward,'” she added. “But I hope that the viewers get that from this particular breakthrough that I’m referring to so. Jo and I, we’re in a good place now and I hope it stays that way.”

Looking ahead at the coming season, Kailyn said she hopes viewers get to see her home birth story and, while the trailer teases a possible reunion with her estranged mother, Lowry shut that down fast.

“I don’t have a relationship with my mom,” she said. “I don’t know why she felt the need to reach out to me. That’s definitely not something that is happening currently in my life.”