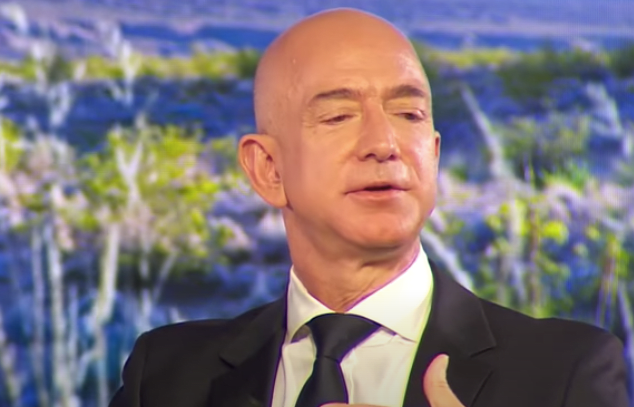 Amazon owner Jeff Bezos has made history by becoming the first person ever in history to be worth $200 million.

The pandemic led to many large companies losing money, but as people were forced to stay inside, Amazon became the go-to shopping destination for people.

Forbes writes: “Amazon stock is up nearly 80% since the beginning of the year, and Bezos’ net worth, which was roughly $115 billion on January 1, has skyrocketed in tandem. Bezos’ roughly 11% stake in Amazon makes up more than 90% of his fortune. He also owns the Washington Post, aerospace company Blue Origin and other private investments.”

The new level of wealth is despite him agreeing to give his ex-wife Mackenzie Scott 25% of his Amazon stake during his divorce settlement. That stock is now reported to be worth more than $63 billion.