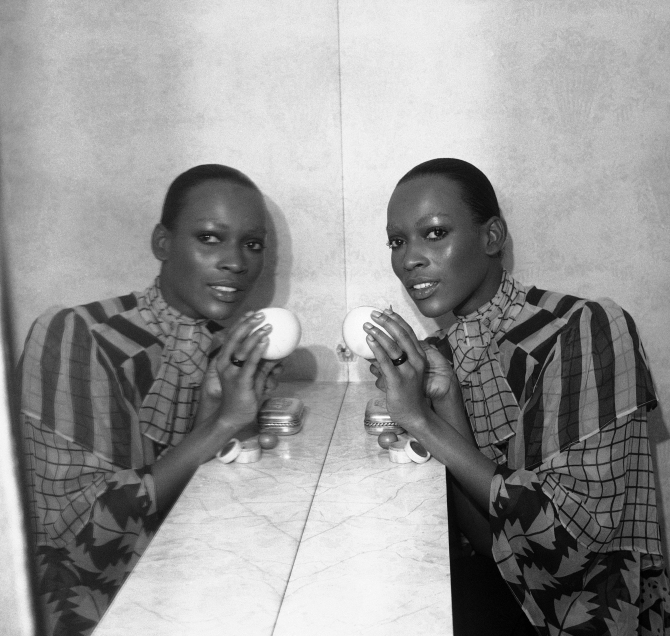 The fashion industry has endured a long history of race superiority and stigmatization of models of color, often championing white models, designers and magazine editors over their equally-talented BIPOC peers. The stories of so many Black fashion models and their influence on the fashion industry have been overlooked and underrepresented across international editorial spreads, fashion runways and digital lookbooks for the past few decades.

That said, times are (finally) changing. More than ever before, models of color are opening and closing some of the world’s most renowned fashion shows, being photographed for major ad campaigns and landing the covers of fashion Bibles such as Vogue, Harper’s Bazaar and Elle. More recently, in light of the Black Lives Matter movement, there has been even further effort to promote the inclusion and representation of minority groups, particularly the Black community, in mainstream spheres like fashion.

Although the necessary changes are slow to come, they’re due in part to some major industry players who paved the way for change to happen and stood up for what they believed they deserved. In solidarity with Black Lives Matter and in fervid support of racial equality, we’ve rounded up a compilation of 21 iconic Black fashion models who fostered a revolutionary influence on the industry. These are only a handful of the many faces that helped create change in the modeling world, but we find these in particular truly stand out.

From the first Black model to appear on a magazine cover, to the first to open a major runway show, to the first to land a major cosmetics campaign, this list is overflowing with undeniably-inspiring achievers who deserve all the hype. Read on to see how these 21 models (in no particular order!) have redefined and continue to redefine fashion on their own terms.

Naomi Sims was an African American model, hailed as the first-ever Black supermodel and the first Black woman to appear on the cover of Ladies’ Home Journal in 1968, then Life in 1969. She attended New York’s prestigious Fashion Institute of Technology and retired from modeling in 1973, citing racial prejudice and discrimination against Black models.

Sims went on to start her own multimillion-dollar business empire, which included a custom wig collection and books about modeling, health and beauty.

Beverly Johnson was the first African American model to cover American Vogue in 1974, as well as the first Black model to cover French Elle. She was also named by The New York Times to be one of the most influential people in fashion of the 20th century.

Johnson’s appearance on the cover of Vogue changed the beauty standards in U.S. print media, and inspired lots of American designers to include Black models in their runway shows the next year and thereafter.

Iman is a Somalian model and arguably one of the most widely-recognizable supermodels of our generation. She was first discovered by American photographer Peter Beard, who encouraged her to move to the U.S. to pursue modeling. She was featured on Vogue in 1976 and became a muse to designers such as Gianni Versace, Calvin Klein, Donna Karan and Yves Saint Laurent.

After retiring from modeling in 1994, Iman married musician David Bowie and went on to found her own cosmetics company, IMAN Cosmetics. She also starred in multiple blockbuster films, including Star Trek VI: The Undiscovered Country and Out of Africa.

Naomi Campbell is an English model of Jamaican descent who was one of the most in-demand models between 1980 and 1990, and she continues to be highly influential in the fashion industry today. Born in London, she first pursued a career in dance and ballet, but later transitioned into modeling, appearing on the cover of British Elle at the age of 16.

Campbell walked the runways for Versace and Dolce & Gabanna, and posed for famous photographers such as Herb Ritts and Bruce Weber. In addition to her successful career and modeling legacy, Naomi is an activist for racial equality and has spoken about her experiences with discrimination time and time again. She continues to be a fervid supporter of the Black Lives Matter movement and a major style icon of our generation.

She became the first Black woman to appear on the covers of GQ and Sports Illustrated, and was also crowned a Victoria’s Secret Angel, walking the V.S. runway from 1997 to 2005. Banks went on to have a successful career in television and media, producing and hosting the popular reality show America’s Next Top Model as well as her very own talk show, The Tyra Banks Show.

Cindy Bruna is a French fashion model of half-Italian, half-Congolese descent, best known for her work with Calvin Klein and Victoria’s Secret. After being discovered at 17, she first modeled for designer Elie Saab, before later covering Vogue Italia in both 2013 and 2014.

Bruna made her Victoria’s Secret Fashion Show debut in 2013, which catapulted her to stardom, ultimately helping her land campaigns for major brands such as Chanel, Michael Kors, Prada, Burberry and Calvin Klein.

Jourdan Dunn is an English supermodel of Jamaican and Syrian descent who was discovered at age 15. She made her international runway debut in 2007, walking for Marc Jacobs and Polo Ralph Lauren, and quickly gained attention for her campaigns with Balmain, Victoria’s Secret and Jean Paul Gaultier.

In 2008, she became the first Black model to walk a Prada runway in over a decade, and was named Model of the Year at the British Fashion Awards. She also made the Forbes list in 2014 for being one of the highest-earning models in the biz.

Duckie Thot is an Australian model of Sudanese descent who appeared on the eighth season of Australia’s Next Top Model. Her first runway appearance was at the Yeezy show in 2017. Following her successful debut, she moved to New York City to star in major campaigns with Moschino, Fenty x Puma and Fenty Beauty.

Grace Bol is a Sudanese model who is best known for her debut as the face of the Fall 2011 Givenchy campaign. She is one of few Black models to have ever opened an Hermés Show (which she did in 2015) and has appeared in editorials for Vogue Germany, Harper’s Bazaar UK and Marie Claire.

Chanel Iman is an African American model who was discovered through the Ford Models “Supermodel of the World” contest at the age of 12. She has walked the runways for an impressive list of designers including Balenciaga, Versace, Burberry, Kenzo, Christian Dior and Alexander McQueen. She is best known for her work with Victoria’s Secret and became a V.S. Angel in 2010.

Winnie Harlow is a Canadian model of Jamaican descent, who rose to popularity as a contestant on Season 21 of America’s Next Top Model. She’s also a prominent spokesperson for the skin condition vitiligo, which she was bullied and harassed for throughout her childhood and at times during her modeling career.

Harlow has appeared in magazines such as i-D, Complex and Cosmopolitan, and has done dozens of major print and TV campaigns for brands from Sprite to Swarovski.

Slick Woods is an African American model best known for her engaging Instagram presence as a social media influencer, as well as her signature gapped front teeth. She most notably walked in the 2018 Savage x Fenty Fashion Show while 8 months pregnant, drawing a lot of attention and publicity. Woods has also worked with Kanye West as a model for Yeezy and starred in one of Rihanna’s recent Fenty Beauty campaigns.

Jasmine Tookes is an American model of Brazilian descent who was discovered in her hometown of Huntington Beach, California at age 15. After being featured in commercial campaigns for UGG Australia and Gap in 2010, she broke out onto the international runways, most notably appearing in the Victoria’s Secret Fashion Show in 2012 and becoming a V.S. Angel in 2015. Tookes also wore the coveted Fantasy Bra at the 2016 show, making her the third Black model in history to have done so.

Lineisy Montero is a Dominican model best known for embracing her natural hair. After she broke into the spotlight as an exclusive model for the 2016 Prada show, she booked 61 shows for the Autumn/Winter 2016 season and eventually landed campaigns with Chanel and Givenchy. She’s also regularly featured in Vogue, having appeared in 18 editorials (and counting!) since 2016.

Adut Akech Bior is a South Sudanese-Australian model who made her runway debut as an exclusive for the Saint Laurent show in 2017. Following her successful debut, she was signed to Elite Model Management in Paris, where she continued to walk for high-fashion brands such as Prada, Lanvin, Alexander McQueen and Versace.

She was selected as ‘Model of the Year’ by models.com in 2018, and named an ambassador of Melbourne Spring Fashion Week in 2019.

Grace Jones is a Jamaican model and singer who began her career with Wilhelmina in New York at age 13, before working in Paris with brands such as Yves Saint Laurent and Kenzo. In 1977, Jones began her music career, signing with Island Records, and became renowned for her funk, post-punk and pop music, even landing on the Top 40 charts in the United Kingdom for her song “Pull Up to the Bumper.”

Jessica White is an African American model best known for being one of the first Black spokespersons for Maybelline. She was scouted at age 12 in New York after meeting Anna Wintour, and her first job was an editorial for Vogue. She walked the runway for international shows including Alberta Ferretti and Oscar de la Renta before landing successful commercial campaigns with Maybelline and CoverGirl.

Karen Alexander is an African American model best known for being one of first Black models to be featured in Sports Illustrated. She appeared on international editions of Vogue, Harper’s Bazaar and Elle and landed campaigns for brands like CoverGirl and Tiffany & Co. In 1990, she was named one of People’s “50 Most Beautiful People.”

Veronica Webb is an African American model. Having moved to New York City to study design, she later dropped out to pursue a modeling career and successfully became a spokesmodel for Revlon. Webb was the first Black model to sign an exclusive contract for a major American cosmetics company.

Selita Ebanks is a Caymanian model of Jamaican ancestry best known for being a Victoria’s Secret Angel between 2005 and 2009. She moved to New York from Jamaica to further her education, but later declined acceptance to both Columbia University and NYU to pursue modeling full-time after being scouted in 2000 at age 17.

Ebanks walked for shows including Tommy Hilfiger and Betsey Johnson before debuting at Victoria’s Secret in 2005, and wore the coveted fantasy bra in the 2007 show. In 2008, she made the Forbes list as the 13th highest-paid model that year.

After retiring from modeling, Ebanks became a philanthropist, returning to her hometown in the Cayman Islands to form a charity organization called the Women’s Coalition for Empowerment and Opportunities.