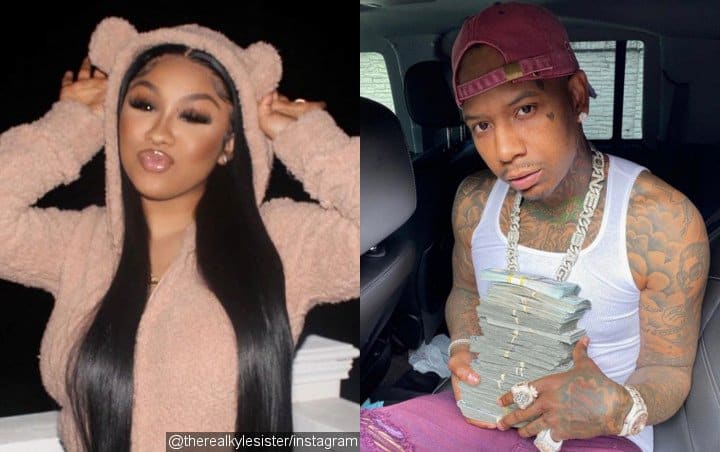 Moneybagg Yo’s Instagram model girlfriend Ari Fletcher is beautiful, and she has one of the most admired bodies in all of social media. As MTO has reported in the past, Ari has beautiful curves and has fat ONLY in the most appropriate places.

Here are some images of her body taken from her IG page:

Well MTO News learned that Ari recently flew to Mexico to get stomach surgery – and now her stomach looks CRAZY.

Images of Ari popped up online, showing just what her new stomach looks like – after the Mexican surgery.

Here are the images – warning they are pretty disturbing:

Recently, Ari and K. Michelle got into it. Though it doesn’t sound like she meant to say it in front of the world. The singer was on Instagram Live when she fired shots at Moneybagg Yo. First, over his bank account. Then, a feature verse he apparently denied her and closed out by accusing the rapper of renting the Lambo his girlfriend Ari received for her birthday.

It didn’t take long for Moneybagg Yo and Ari to catch wind of these comments and shut down K. Michelle, completely. Moneybagg Yo took aim at these “jealous ass hoes poppin’ out of the woodwork” with comments about his financial situation or his personal situation. “Hoe, I don’t even know you,” Moneybagg declared. “C’mon bruh, keep it real with yourself first… You know what’s goin’ on, mane. You know a n***a ain’t never said nothin’ to you, mane. Quit playin’ with me.”

Ari first became famous, as Chicago rapper G Herbo’s baby’s mama. The couple shares a son Yosohn Santana who was born in April 2018. But Ari and G Herbo had a messy public break up after she learned that her baby’s father was cheating on her with none other than rapper Fabolous’ stepdaughter, Taina Williams.

But Ariana has since moved on and currently in a serious relationship with rapper Moneybagg Yo.