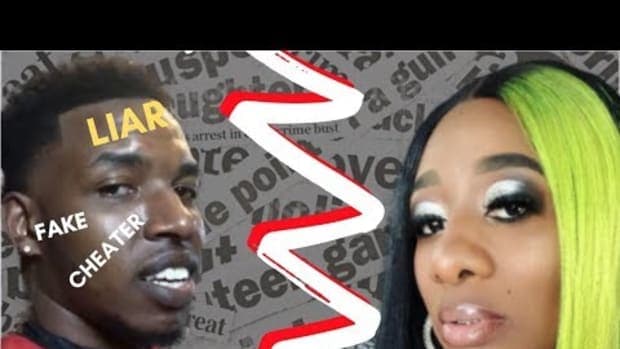 Millionaire and social media personality Supa Cent has broken her silence after rumors claimed that her fiancé Lou is cheating on her with an underage girl.

The rumors started when a Twitter account initially shared that Lou “met up with & *allegedly* (view pics) slept w/ a 17 year old girl.”

In response to the rumors, Supa initially hinted on her social media account that she’s done with Lou.

“True or False. I’m not bout to stick around to find out,” so she wrote on Thursday, July 23 on Instagram.

A fan apparently defended Lou as the person commented underneath Supa’s post, “He didn’t even sleep w her tho.” Supa wasn’t having it as she wrote back, “So. He entertained her. Why even chat with a b***h who say they that young or even look that young? That’s creepy as hell.”

Fans applauded her response in this case as she put the blame on Lou, not the girl. “At least she blamed him and not her…,” a fan commented. “I’m glad supa cent ain’t standing for the foolery,” someone else added. Another person thought that Supa was just showing that she “has SELF-RESPECT. Take notes ladies!!!”