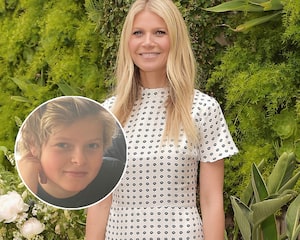 “It was less about remembering the technique. Although I’m sure that I implemented it the first chance I got.”

Gwyneth Paltrow revealed she was taught how to perform oral sex by Rob Lowe’s wife.

During her guest appearance for Lowe’s podcast, “Literally! With Rob Lowe,” on Thursday, the Oscar winner, 47, explained how she befriended his wife, Sheryl Berkoff, who was working with Gwyneth’s mom, Blythe Danner, on a television movie at the time.

“I met Sheryl when I was 15 or 16,” the actress began. “And I was like immediately obsessed with her.”

“First of all, she was dating Keanu Reeves, who was my celebrity crush. And she was so cool,” she continued. “And she knew that I was sneaking cigarettes, and she would come smoke with me behind the trailer, and she taught me how to give a blow job, and you know, all the classic Sheryl stuff.”

“I just worshipped her. I thought she was literally the coolest chick of all time.”

Gwyneth didn’t go into specifics about the sex ed class, but did say, “It was less about remembering the technique. Although I’m sure that I implemented it the first chance I got.”

“It was so cool to have someone treat me like an adult and see me as like a young woman and someone who is sexual,” the star added. “She just made me feel so free.”

In the podcast episode, she also mentioned why acting isn’t her “favorite thing to do” anymore because getting the script down has become a challenge.

“I don’t know what it is,” she said. “I feel embarrassed and I, like, can’t remember lines anymore. I used to be able to read a scene one time in the hair and makeup chair and know it perfectly. And now, I struggle so much.”