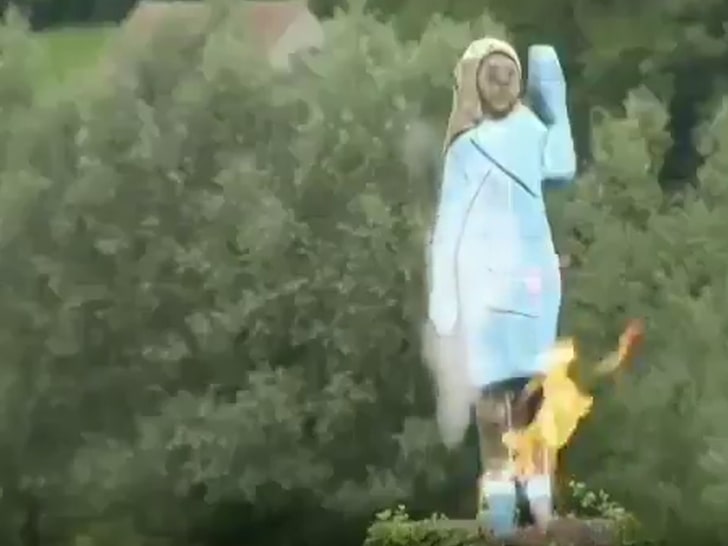 A statue of Melania Trump near her hometown in Slovenia was torched over the weekend … and the charred aftermath has now been removed.

Statue of Melania Trump set on fire near her hometown in Slovenia. The statue was put up last year by an American Artist, it has now been removed. pic.twitter.com/vBFTjoe4Q6

The life-size wooden statue near Sevnica was set on fire on July 4, as the First Family celebrated Independence Day in the U.S. … according to the American artist who commissioned the statue, Brad Downey.

Downey, who’s based in Berlin, told reporters the statue was severely damaged and blackened by the flames … so he had it taken down.

The artist says he wants to know why people did this, and police say they are investigating.

The Melania sculpture — which features her in a blue coat similar to what she wore during President Trump‘s 2017 inauguration — was carved with a chainsaw by local artist Ales “Maxi” Zupevc and unveiled last year. 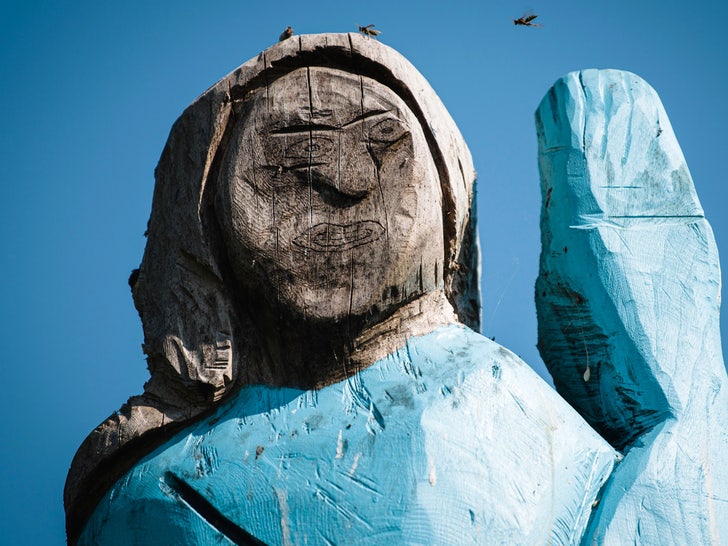 It had been widely roasted, verbally that is, for not looking anything like the First Lady … but Downey maintained it was “absolutely beautiful.”

Melania’s statue being set ablaze is surprising, though. As you’ll recall … her hometown was excited about her new status in America back in January 2017, and Sevnica’s tourism industry boomed because of it.

So far, no word from Donald about THIS statue going down.