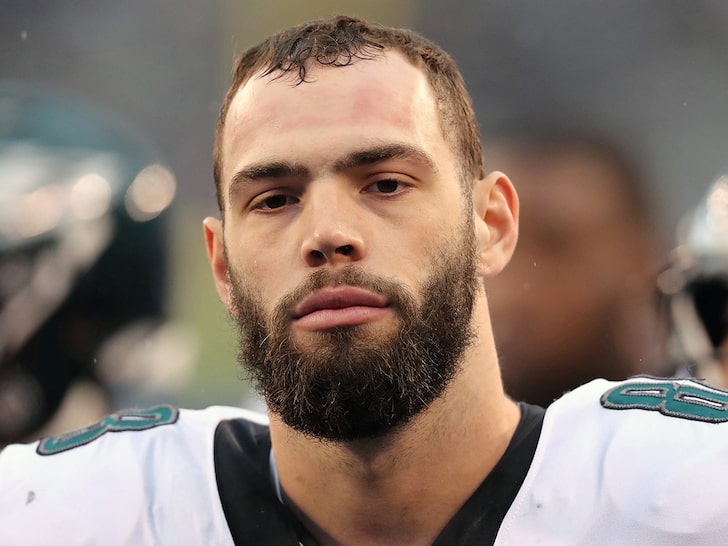 Philadelphia Eagles tight end Dallas Goedert was reportedly sucker punched during a bar fight in South Dakota — and purported video of the melee is making the rounds online.

According to ESPN, Dallas was at a restaurant in Aberdeen Friday night called Zoo Bar — where, for some reason, a bunch of dudes started tussling with each other … which broke out into a full-blown brawl. Dallas got dragged in — and by that, we mean clocked and KO’d.

This is the video of Dallas Goedert getting suckered punched in Aberdeen, SD.

Source is one of my best friends in college’s (South Dakota School of Minesand Technology) BIL who knows the bar owner.@RapSheet @AdamSchefter @nflnetwork @richeisen pic.twitter.com/v0hMeMsKz5

In surveillance footage of the fight, you can see someone who’s said to be Dallas getting punched out by someone who blindsides him and comes rushing in with fists out during the mayhem. He makes contact, and Dallas hits the ground hard — he seems to be out cold.

ESPN reports that he was taken to a hospital and is doing fine now, adding that a suspect has been arrested in connection to the attack. NJ.com broke the story first.

Unclear what led up to the altercation — but at least Dallas appears to be okay.