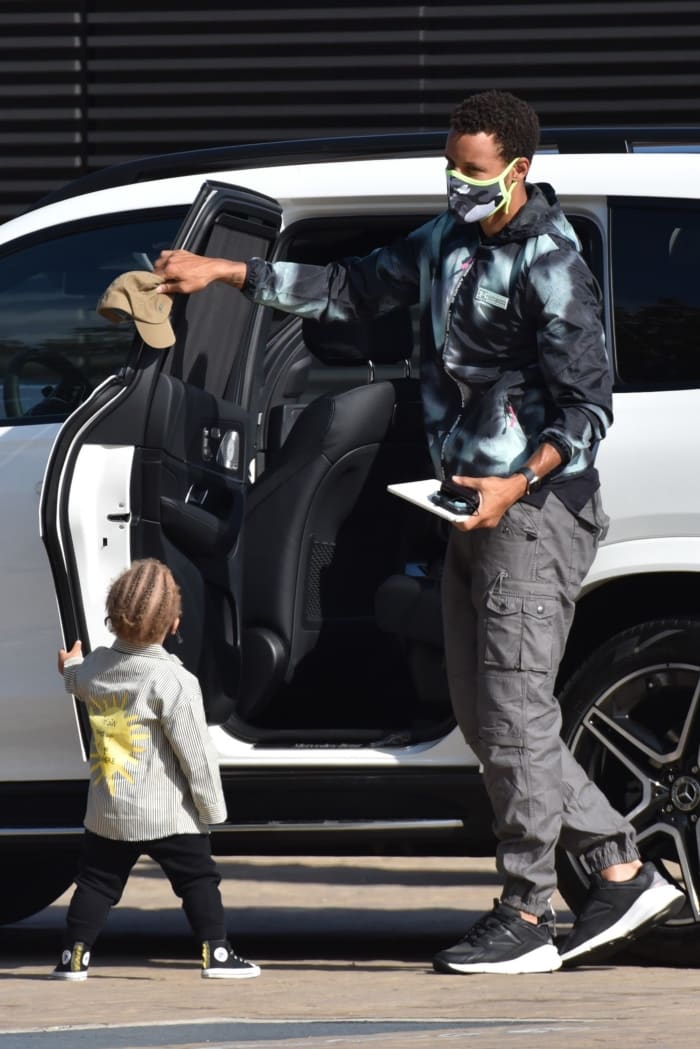 Some people on social, media are now calling Steph “chubby.”

Steph was seen grabbing an early dinner with his children at Nobu in Malibu.

Here are the pics of the NBA star:

But Steph has the right to put on a few. His season is over.

While the NBA plans to are-start its season at the end of the summer, Steph’s team – the Golden State Warriors – have been eliminated from play. So he’s not expected back on the court until the fall.

Steph is a basketball player for the Golden State Warriors of the National Basketball Association (NBA). A six-time NBA All-Star, Curry has been named the NBA Most Valuable Player (MVP) twice and won three NBA championships with the Warriors. Many players and analysts have called him the greatest shooter in NBA history.

He is credited with revolutionizing the game of basketball by inspiring teams to regularly utilize the three-point shot.