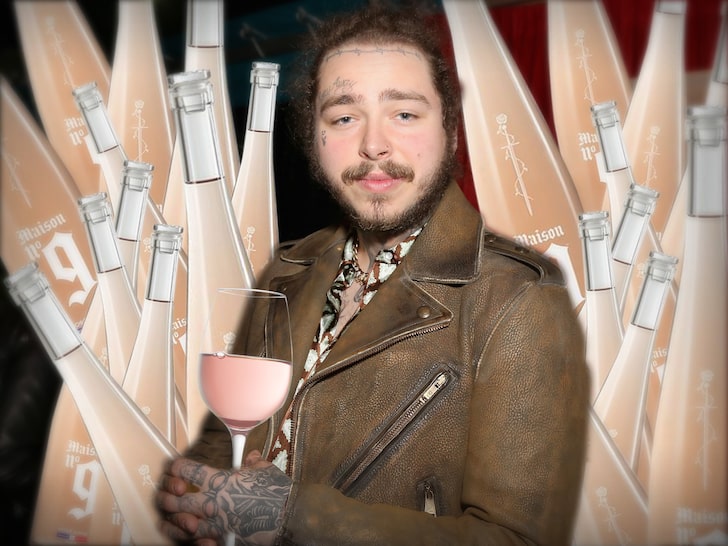 Post Malone is adding digital bartender and sommelier to his ever-growing resume … because his new line of French wine is already a huge hit!!!

The “Better Now” rapper officially released his own French rosé, Maison No. 9, and it’s already in high demand … we’re told Posty sold 50,000 bottles in 2 days during its pre-sale, wiping out the first round of inventory in a flash.

Post’s fans sure are thirsty … we’re told Vivino, the sales platform hawking the booze, crashed on the first morning of the pre-sale because it couldn’t handle the flood of orders.

The rosé is flying off the shelves at $21.99 a bottle … it’s named after Post’s favorite tarot card (yes, he has one), the Nine of Swords. This is no cheapo novelty wine, either … the good folks at Wine.com rated it a 90 overall.

If you missed the pre-sale rush, chill. Post’s rosé will be available online Monday in almost all states.

As if Post needs another reason to pop bottles. Cheers!!!