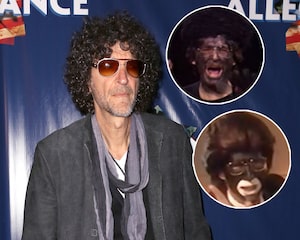 “I will say, it f–king distresses me that Donald Trump Jr, and Donald, themselves won’t go into psychotherapy and change. Attacking me during the coronavirus and Black Lives Matter is absolutely f–king crazy.”

Howard Stern is speaking out about his history of racially offensive humor after Donald Trump Jr. retweeted a controversial clip from the ’90s.

On his Sirius XM show Monday morning, the radio host addressed the controversy while also throwing some jabs at the president’s son. Though Stern, 66, admitted that some of his past comedy was “f–king crazy,” he said he’s “changed,” while Trump Jr. has not.

It all began last week when Stern came under fire after past sketches of him in blackface and using the N-word resurfaced online. One of the clips that went viral featured Stern from a 1993 New Year’s Eve show in minstrel-style cosmetics edited alongside a 2019 interview of him on “The View,” during which he claimed that he’s never used a racial slur.

In the clip, Stern appeared to mimic Ted Danson’s infamous blackface performance of the same year with then-girlfriend Whoopi Goldberg, alongside late “The Jeffersons” star, Sherman Hemsley, who played Goldberg in full costume with a braided wig. In the sketch, Stern says the N-word. Attempting to excuse his character’s behavior, Stern repeatedly announced, “Whoopi wrote it!”

On Friday, Don Jr., 42, shared the viral clip on Twitter, writing, “Yikes! NSFW: Howard Stern says N-word too many times during awful blackface impression that should have Libs yelling ‘CANCEL!'” And Stern hit back.

“The shit I did was f–kng crazy,” Stern said on his show Monday morning, per Deadline. “I’ll be the first to admit. I won’t go back and watch those old shows; it’s like, who is that guy. But that was my shtick, that’s what I did and I own it. I don’t think I got embraced by Nazi groups and hate groups. They seemed to think I was against them too. Everybody had a bone to pick with me.”

NSFW: Howard Stern says N-word too many times during awful blackface impression that should have Libs yelling “CANCEL!” https://t.co/b9XJg2krnS

“It was something in me, a drive you wouldn’t believe. As a young man, I wanted to succeed on the radio and I wanted to go f–king crazy. Emotionally it was costing me a lot,” he recalled. “The FCC was after me, the right wing was after me, I had the Ku Klux Klan after me, threatening my life. All kinds of crazy stories. I could do 17 movies on my life, how crazy it was. I was fined millions of dollars by the federal government, for sex. Not for race, because if you talked about race, they never cared. Look, that was the show. I went into therapy and said, what is this? Do I always have to be the guy pulling my pants down? Can I find a way to do the show where I can be a lot happier?”

Stern said he changed his radio show — which ran on WXRK between 1986 and 2005 — and received backlash over his decision.

“A lot of people who did like that humor, where I was completely pulling my pants off, those people are pissed off at me now. They think I’m a sellout and I’m not doing a good show anymore,” he explained. “I got soft. I came to realize in therapy, if I’m going to be with my kids, and have a successful marriage, I can’t be insane completely 24 hours a day. I have to figure out a better way to communicate. So I evolved and changed.”

The former “America’s Got Talent” judge then directly addressed the Danson skit, admitting that if he could go back in time, he might have done things differently.

“The big headline is this, and this is my fear in all of this,” Stern said. “I was able to change my approach, able to change my life and change how I communicated. If I had to do it all over again, would I lampoon Ted Danson, a white guy in blackface? Yeah, I was lampooning him and saying, I’m going to shine a light on this. But would I go about it the same way now? Probably not. Not probably, I wouldn’t.” 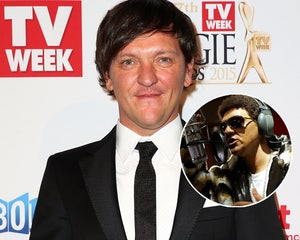 Stern said it upsets him that Trump and his son haven’t made an effort to change and called them out for “attacking” him during the coronavirus pandemic and the ongoing protests against systemic racism following the death of George Floyd.

“I will say, it f–king distresses me that Donald Trump Jr, and Donald, themselves won’t go into psychotherapy and change. Why not change the way you’re approaching things because, wearing a mask is not a bad thing,” Stern explained. “Telling people the actual size of the crowd at your inauguration is okay. Attacking me during the coronavirus and Black Lives Matter is absolutely f–king crazy, concentrating on me. You want to concentrate on me and bully me, and expose me, with all the TV shows I’ve done? They’re all out there. There’s nothing new here. We all know. I was the craziest motherf–ker on radio. There will never be another show crazier than mine. There will never be another show, ever, that was as f–king wacky as my show. So crazy, I think I might have been insane.”

“A psychiatrist puts it that I was craving too much attention. Like maybe I could knock it down 20% and still live my life and have an audience. Which was right. There it is. I’m not a hater,” he continued. “I’m excited about being on the radio as most of those who listen on the radio know. I’m excited about gay rights, telling you not to beat up gay people. I’m excited about the changes that are coming out of Black Lives Matter. Watching [George Floyd] choked to death, as I’ve said before, it’s sickening and appalling and I think real change might be in the air. It has nothing to do with me; it’s these guys hitting the streets and saying we’ve had enough.”

Jimmy Fallon on Being Advised Not to Respond to SNL Blackface Criticism, Why He Is Instead

“I’m excited about real change that is coming…I’m excited about the changes I’ve made in my approach to radio,” he said. “I never go back and look at that stuff. I cringe when I look at myself 30 or 40 years ago, and that was 27 years ago, I go, I can’t stand it. Am I a bad guy? I don’t think so. Donald Trump didn’t think so, he was on my show 27 times. Donnie Junior did the show. On TV he said, I’m really disappointed in Howard, he’s changed, that I’ve gone Hollywood. Which is it? Do you want me to get in blackface and make fun of Ted Danson? I have changed. They leak TV shows that have been on TV to the press. I remember how badly Donald Jr wanted to take a picture with me.”

Stern concluded, “Dude, if you’re the president of the United States and you want to worry about me, go ahead. I don’t think I have much influence honestly. And breaking news: Howard Stern was absolutely insane and out of his mind. I would take on anything and say anything and do anything. All the old shows prove it. I’ve heard a rumor they’re working on leaking out the movie ‘Private Parts.’ I own everything I did. I never did it behind the scenes, I did it right in front of your face. Always. Tried to make a point, sometimes, sometimes not. If you solve the pandemic, then we can go and review all my old shows. I paid a fortune to fix me, it ain’t easy. I would do anything. By the way if you did some more digging you would find I was fired by a ton of radio stations for a lot of different reasons.”