The man who manages Justin Gaethje and Khabib Nurmagomedov has a warning to Conor McGregor — you won’t get a title shot until you fight a top-tier opponent like Tony Ferguson.

Ali Abdelaziz — who also reps champs like Kamaru Usman and Henry Cejudo — says he’s sick and tired of Conor always trying to strong-arm himself into title fights that he doesn’t deserve.

“Right now, he’s on punishment for his bad behavior,” Ali tells TMZ Sports … “Right now, he needs to sit down.”

“Go fight Tony Ferguson, stay busy, stay active. Go fight Jorge Masvidal. Stay active, I want to see activity. Remember, he used to say that to all of us, guess what? Payback is a bitch.”

Ali says he’s unsure if either Khabib or Justin would even give Conor a shot — but an impressive performance against a guy like Tony Ferguson or Jorge Masvidal would help his case.

Ali also talked about the upcoming UFC 251 main event between his two clients Kamaru Usman and Gilbert Burns — and how they won’t let their friendship stand in the way of a ferocious brawl on Fight Island. 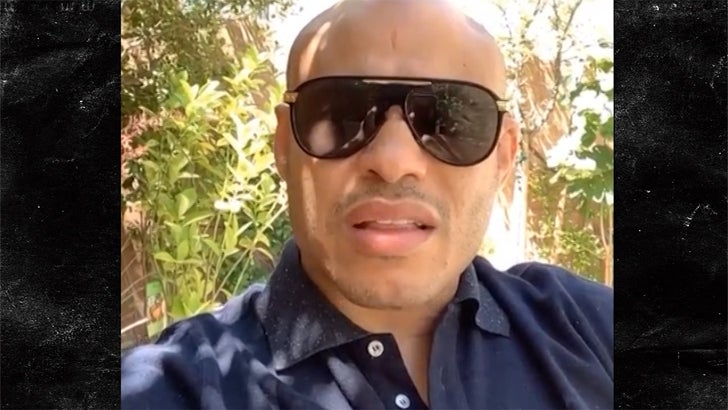 “I got no prediction, you know where I’m gonna stand. I’m not picking sides here. I love both those guys equally. Kamaru’s my brother, I love Gilbert. I want them to fight each other, give each other a hug, both of them will be healthy and that’s it. That’s all I want.”