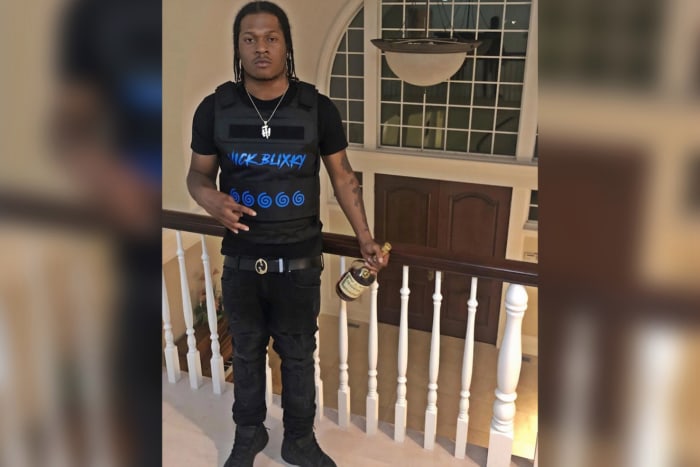 Two weeks ago, popular NYC rapper Nick Blixky was shot and killed in Brooklyn. Now MTO News can report that police arrested a suspect – and the suspect was one of Nick’s homies.

NYPD investigators say Caliph Glean, 28, was likely the gunman who blasted the 21-year-old Blixky in the upper body and back on May 10th in Brooklyn.

Sand police have surveillance footage that they claim proves their allegations. According to video surveillance gathered by cops, Caliph dapped Blixky up moments before the shooting started, police said in court papers.

The shooting was reportedly caught on tape – and so was the shooter, although his face was covered. But the shooter had a giant globe tattoo his left arm. That tat matches photos and descriptions of Caliph’s tattoo.

Ten minutes before the killing, the man authorities believe is Glean was caught on surveillance cameras in a deli near the murder scene buying a drink, and his “distinctive” globe tattoo could be seen, according to the complaint filed against him.

A witness told NYPD that they saw a man approach Blixky moments before his death and the two men greet one another, according to investigators.