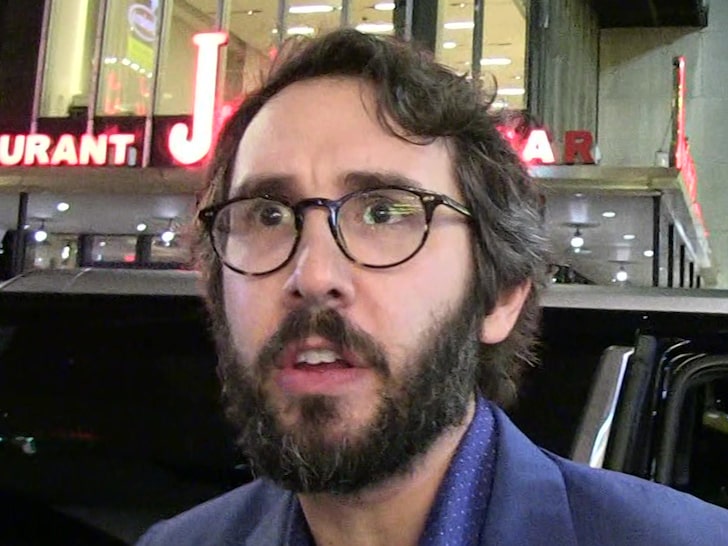 Josh Groban‘s been getting sexually harassed and now threatened with a pop-in at his new home by a woman he says he canceled a date with nearly a decade ago … so he claims in new legal docs.

The swooning singer just got a temporary restraining order against the obsessed female fan, who he claims has been incessantly sending him texts, emails and direct messages since 2011 … along with contacting his family members and his current girlfriend in recent years.

Some of the alleged messages — from as recently as May — are very sexual and graphic in nature, including one saying … “I came at approximately 7:09 PM this evening with the thought of your d**k between my t**s and your warmness against my ribcage.” It gets even more graphic, but we’ll spare ya … this isn’t Penthouse Forum.

Another DM to Josh last month allegedly referred to his relationship with his GF. It said, “You wanna try honoring the home we’re going to have children in by not f**king other women in it.”

Also, on May 26, the woman allegedly sent DMs to Josh claiming she went to his house with the intention of dropping off gifts. One said, “Put on a little bit of makeup in case I got caught, also wore pants with a hole in the crotch for the same reasons.”

Josh says he met the woman through a mutual Facebook friend in 2011, and they began flirting and made plans to meet in person … but he called it off because he was sick. He claims immediately following the missed meeting she wouldn’t give up and kept pestering him, so he told her they could never meet.

Groban claims until this year, she’s limited her efforts to public places where he’s staying or performing, and he’s had to have his security intercept her at various locations and have her removed.

According to the docs … Josh claims things intensified big time in February 2020, especially after she found out online that he bought a new home in L.A. and told him she knew where he lives. This resulted in sending her a cease and desist letter to lay off … to no avail.

He claims she even sent a package to his home in early May that consisted of a small skull, a flower, and a book with handwritten notes in it that were sexual and nature and made it clear she would never stop.

The judge granted Groban’s TRO last Friday … the woman must stay 100 yards away from him, his family and his GF and stop contacting them online.