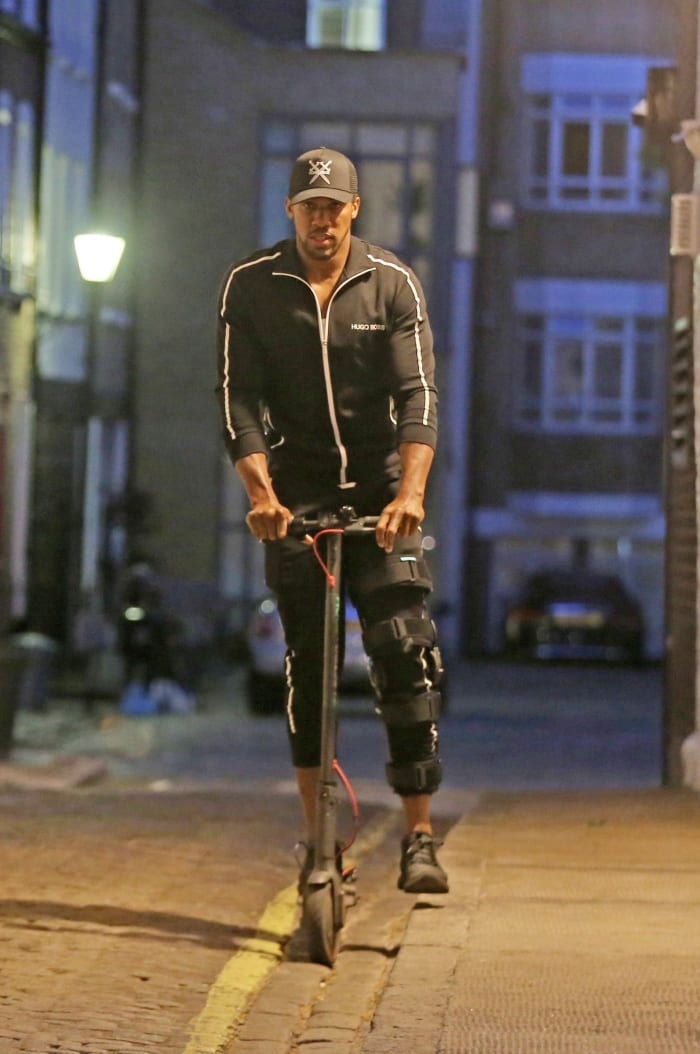 With quarantine restrictions now being lifted, the British heavyweight was spotted by paparazzi yesterday as he ventured out onto the streets of London for some fun on his electric scooter.

The champ looked to be in good spirits despite having what looked like some strapping on his knee, suggesting that he had a knee injury.

Anthony is a British professional boxer who is a two-time unified heavyweight champion, having held the WBA (Super), IBF, WBO, and IBO titles since December 2019 and previously between 2016 and June 2019.

As of April 2020, Joshua is ranked as the world’s second best active heavyweight by The Ring magazine and Transnational Boxing Rankings Board and third by BoxRec, as well as the eighth best active boxer, pound for pound, by BoxRec.

His victories include five world heavyweight champions (Charles Martin, Wladimir Klitschko, Joseph Parker, Alexander Povetkin and Andy Ruiz Jr.) plus 3 non-titleists who were nonetheless ranked in the global heavyweight top ten by BoxRec within a year of him beating them (Dillian Whyte, Carlos Takam and Dominic Breazeale)