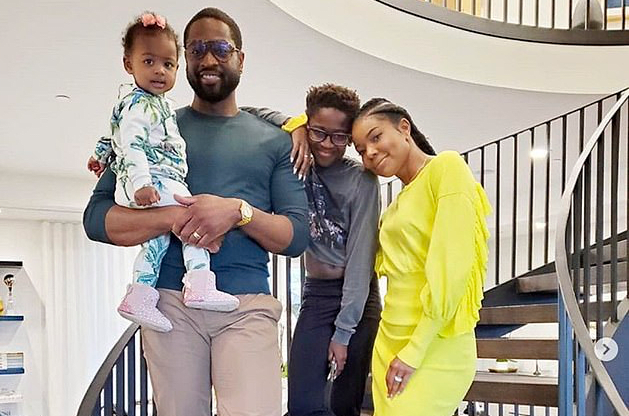 Last year actress Gabrielle Union filed a grievance against NBC Universal’s hit show America’s Got Talent, accused her America’s Got Talent co-host Simon Cowell and the show’s producers of sexism and racial discrimination after her contract was not renewed for a second season. As MTO News reported at the time, Gabrielle’s African American co-host Terry Crews publicly spoke out – and suggested that Gabby was either wrong, or lying.

Well NBC launched an investigation after Gabrielle Union, and the results are in. NBC execs released a statement claiming that after “extensive interviews” on set it was determined Gabrielle’s accusations regarding race and sex could not be proven.

In particular, they claim that Gabrielle’s allegation that a member of the crew made insensitive racial remarks about her hair was false.

We have a shared passion to make America’s Got Talent a positive, inclusive and diverse show that is open to all individuals from any country or background. We are proud and grateful that our contestants and audiences support our ongoing mission, which is represented in the incredible people who participate in the show each year. We have heard from contestants and talent alike that their experience on AGT has had a positive impact on their lives. When we heard Ms. Union had concerns about her time on the show, we took them extremely seriously.

NBC, Fremantle and Syco immediately engaged an outside investigator who conducted more than 30 interviews to review the issues raised by Ms. Union. While the investigation has demonstrated an overall culture of diversity, it has also highlighted some areas in which reporting processes could be improved.

Through the investigation process, it has been revealed that no one associated with the show made any insensitive or derogatory remarks about Ms. Union’s appearance, and that neither race nor gender was a contributing factor in the advancement or elimination of contestants at any time. The investigation has shown that the concerns raised by Ms. Union had no bearing on the decision not to exercise the option on her contract.

NBC, Fremantle and Syco share Ms. Union’s dedication to diversity and inclusion in the industry. We continue to remain committed to having an inclusive environment for everyone associated with the show, and to upholding AGT as one of the most diverse programs on television.