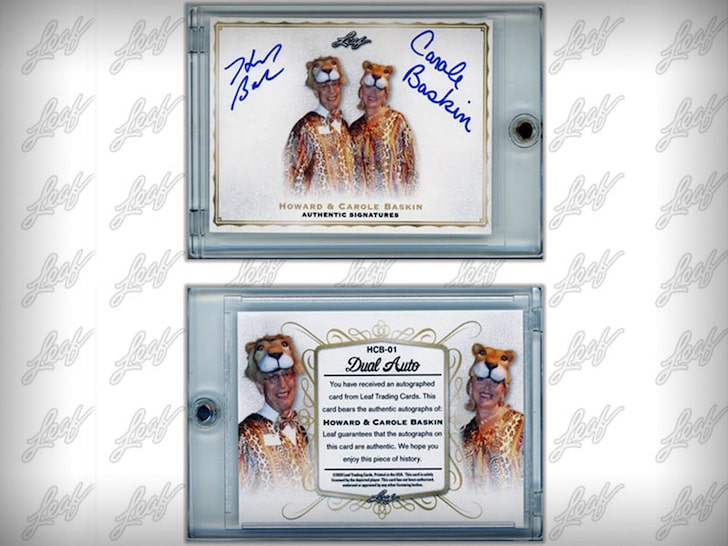 The ‘Tiger King’ star and her loyal, and very much alive husband, Howard, autographed 400 official Leaf collectible trading cards plastered with their smiling mugs. That’s all it took for a bunch of cool cats and kittens to clean out the entire collection in a matter of minutes!

The autographed trading cards, which feature CB and HB rocking matching big cat costumes, went up for sale this week at $99 a pop … and they disappeared faster than Carole’s previous hubby, Don. We’re talking just 24 minutes.

It’s a pretty impressive debut for Carole and Howard … the trading cards were the Baskins’ first ever signed collectibles. 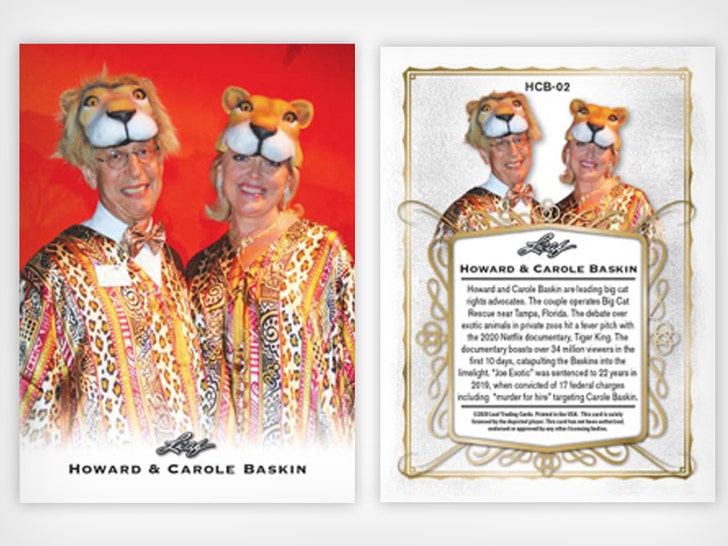 If you missed out on the signed cards, there is a small consolation prize available.

As we first reported … the Baskins partnered with Leaf for some good, old-fashioned trading cards, and the non-autographed versions are still selling for $8 each or $200 for a pack of 50.

Carole’s nemesis, Joe Exotic, saw his fashion line sell out within hours, but the Baskins have him beat … for now. Joe’s always got something cooking.