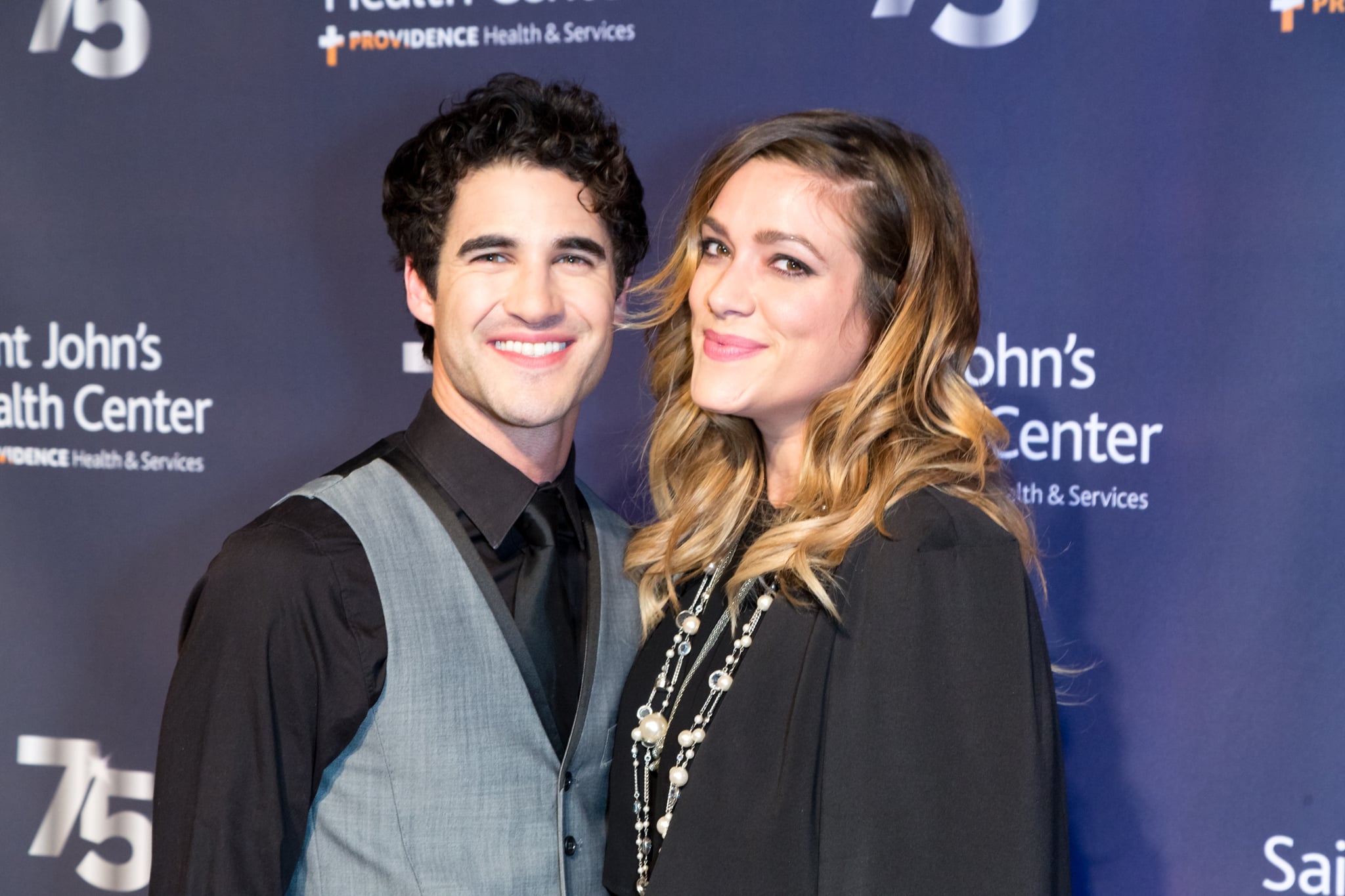 You may have been shipping Darren Criss and Laura Harrier’s onscreen romance in Netflix’s Hollywood, but we’re sorry to say that these two aren’t an IRL item. In February 2019, Darren tied the knot with writer and producer Mia Swier, who he’s been with for nearly a decade now. The couple has been together for so long that Darren wasn’t even a TV star yet when they started dating. What’s even wilder: the fact that Darren and Mia met through mutual friends all the way back in 2006, according to People.

When Darren took to Instagram to announce the news of their engagement in January 2018, he said that he and Mia had been dating for seven-and-a-half years, which means their relationship started sometime around July 2010. Right around that time, Darren landed his breakout role as Blaine Anderson in Glee, which Mia produced and directed promotional content for, according to her IMDb profile. It’s unclear why it took Darren and Mia four years to start dating after their initial 2006 meeting, but it’s possible that their involvement in Glee brought these two back together.

It’s also likely that Glee was the reason Darren kept their relationship under wraps until 2013, as Glee fans wanted to believe that Darren and his onscreen romantic interest, Chris Colfer, were a real-life couple. As the actor explained during a 2013 appearance on The Roz & Mocha Show, Blaine-and-Kurt shippers weren’t too pleased to learn that Darren’s heart belonged to someone else. “We met before I knew I was going to be on TV,” he said of Mia, and he could never have anticipated that his girlfriend would become the frequent target of hate from his fans. “It’s the worst,” Darren later added. “People are so mean.”

Luckily, Darren and Mia didn’t let disgruntled Glee fans come between them, and now they’re happily married — though Darren admitted to People that he “dragged [his] feet” a little on the way to the alter. “By that point in our lives, it was a validation and sharing of our life and existence,” he said of his wedding day. “In many ways, it’s not been a change at all.” He describes Mia as the “ultimate plus-one” over the past 10 years, and hopefully, these lovebirds continue to make each other happy for many years to come.