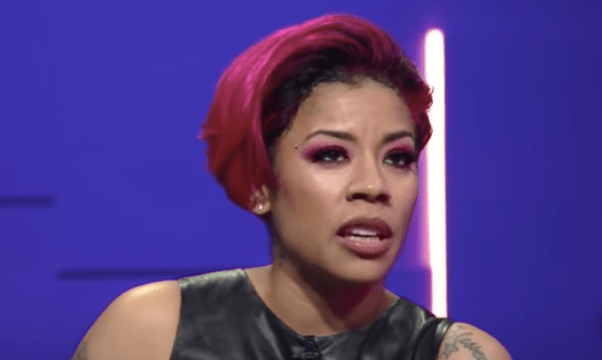 Keyshia Cole has finally broken her silence on the ongoing beef between Kehlani and Kamaiyah — and says she doubts she and Kehlani would ever be friends again.

“We didn’t see eye-to-eye on a lot of things, and that’s OK,” Keyshia said during an interview with Hollywood Unlocked. “Anything’s possible as far as being cool again, but I just don’t think friendship.”

Kehlani caught wind of the post on TSR and hit the comments section.

She continued, “that’s why she isn’t in the video. i lost money on that. i still look up to her and am honored to have her on the song, there are so many videos of me covering her songs on youtube since i was little. i have screenshots of me telling her she’s an idol of mine. this is all super sad.”

Cole then replied, “I’m confused. I thought I explained that I wasn’t upset at all. And that it’s all love. We had disagreements….regardless, that I didn’t disclose. And said I still loved and supported you. But you wanna Drk ‘screenshots??’ I have some screen shots of my own.”