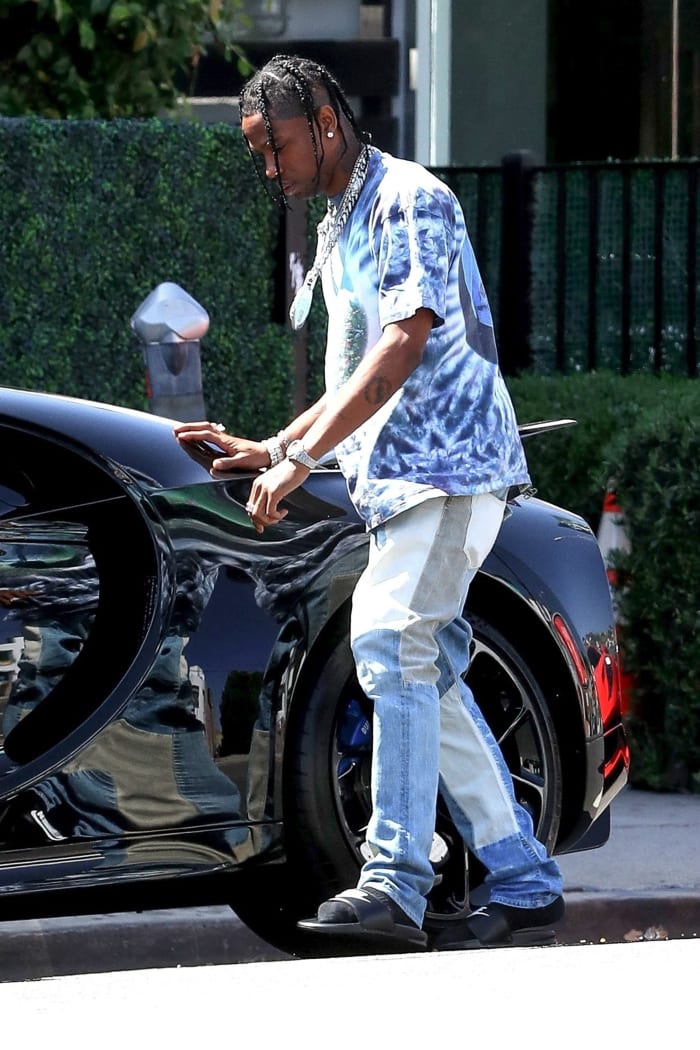 We spoke with a person EXTREMELY close with the Kardashians, and they told us that Kylie bought Travis the super car for his birthday. The insider claimed that it was a “thank you” gift, for being such a good dad to their daughter.

And what a thank you!!  MTO News has EXCLUSIVE pics of Travis driving around in his gift car.

The Chiron is the successor to the Bugatti Veyron, which was a popular car among billionaires 5 years ago.

In a world-record-setting test at the time in 2017, the Chiron reached 249 mph in 32.6 seconds, after which it needed 9.4 seconds to brake to standstill.

Kylie recently sold her makeup line for $1.6 billion. So she’s got plenty of cash to blow.