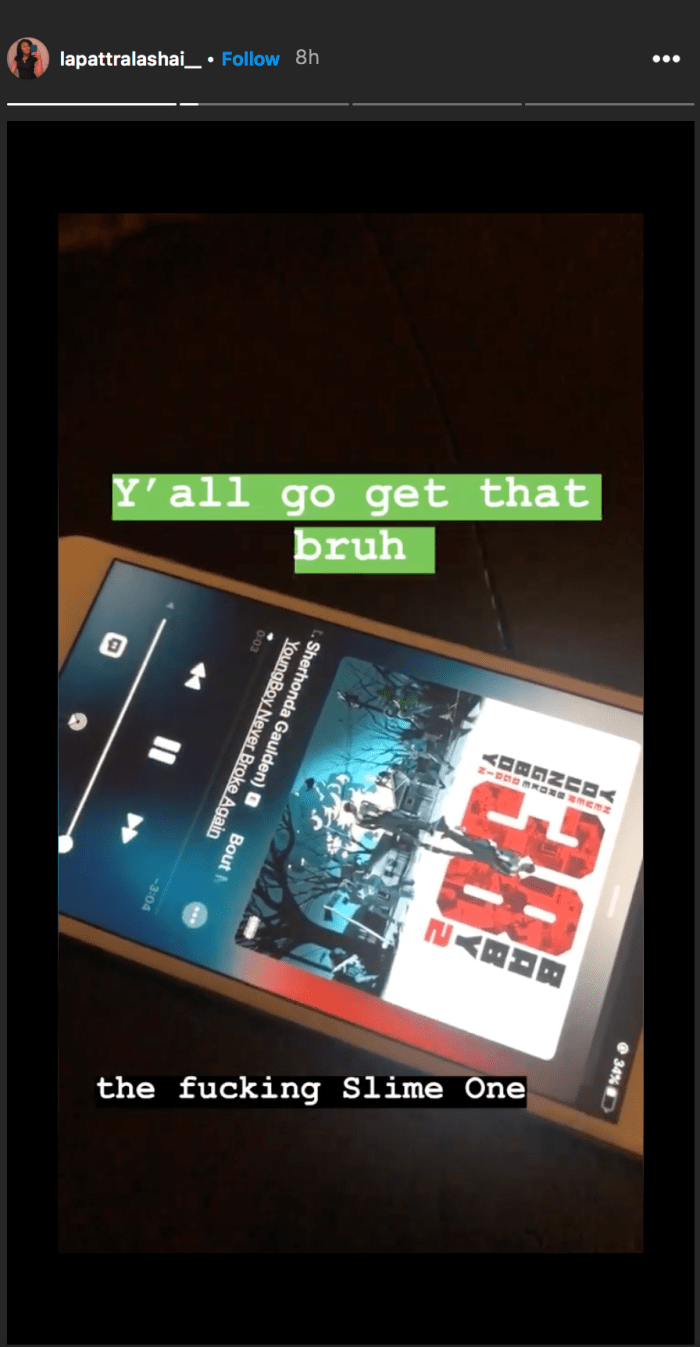 Well it looks like Iyanna may escape any prison time at all, MTO News has learned.

This week the Harris County District Attorney in Houston was forced to subpoenaed the hospital Lapattra sought treatment after being allegedly stabbed. Typically prosecutors receive the hospital records by the victim – who voluntarily releases them.

But in instances where the victim is not cooperating with the investigation, they are forced to subpoena the records.

Meanwhile, Lapattra has been posting on social media lately, talking about how “loyal” se is to NBA Youngboy. She has also been promoting his new music on her page.

And while she promotes her babys father’s music, NBA is quarantining with his new fiancé –  Iyanna Mayweather, (see the below pic). And according to people in the know, NBA is doing everything he can to keep Iyanna out of prison. He’s undoubtedly pressuring his babys mother to stop cooperating with police.

Here are pics of NBA Youngboy’s baby mama. She appears too have recovered completely from her injuries: