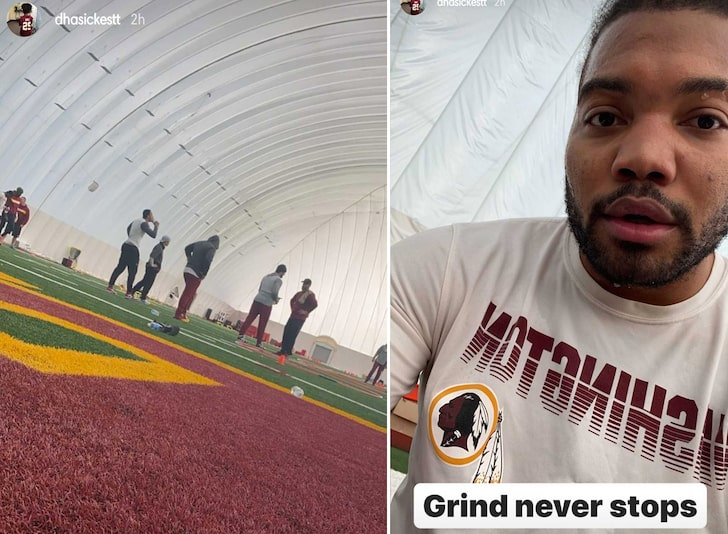 Several Washington Redskins players were spotted at the team facility in Virginia on Wednesday … and while it’s not the best social distancing look, the team insists they did nothing wrong.

Star running back Derrius Guice — along with other players and team staffers — were putting in some work at the Bon Secours Training Center … with Guice noting, “Grind never stops.”

So, with the COVID-19 pandemic in full swing — and the NFL taking drastic quarantine measures for the NFL Draft on Thursday — we hit up the team to find out what was going on!

“All players at the facility today were rehabbing injuries and fall under allowed exception to be in the building,” a team spokesperson tells TMZ Sports.”

“We were not conducting organized workouts as part of our program.”

A team source put it this way … the pics are not a great look, but the guys understand the seriousness of the situation and were truly trying their best to keep their distance.

Sometimes, they would step too close — and other staffers would instruct them to separate.

Virginia has been affected by COVID-19 — with roughly 10,000 confirmed cases and 324 confirmed deaths.