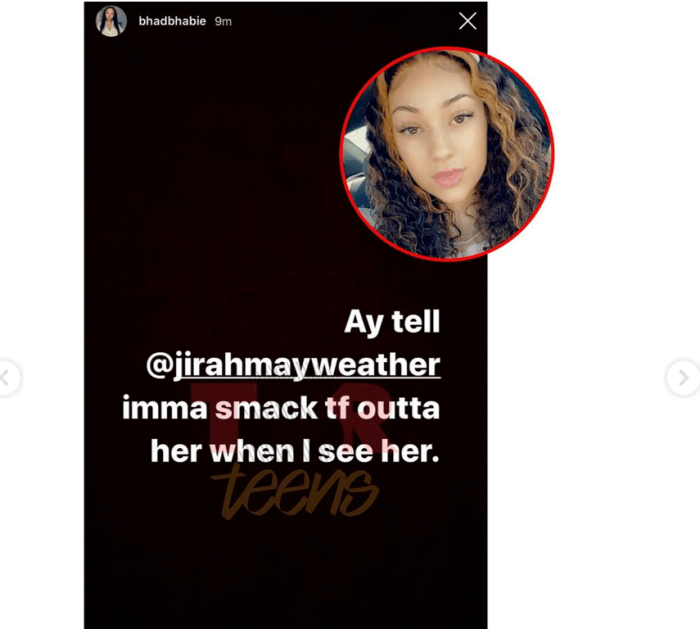 Well the champ’s other daughter – 16 year old Jirah Mayweather – is now threatening to do the same thing, to female rapper Bhad Bhabie.

It all started yesterday, when Bhad Bhabie was caught on video making some comments that some found were racist (see the above video). Jirah Mayweather commented on Bhad Bhabie’s page, and called out the former Dr Phil show guest out.

But Bhad Bhabie clapped back, as soon as she saw the famous teen’s comment. The 17 year old formerly Caucasian rapper said that she would :slap” Jirah” when she sees her next.

Well Jirah fired back – and her response was EXTREMELY inappropriate. Jirah told Bhad Bhabie that the Mayweather girls “don’t fight b*tches, we stab them.”

Jirah’s sister Iyana, 19, was arrested last week and charged with stabbing NBA Youngboy’s babys mother during a fight in Houston. Iyana is facing 99 years in prison if convicted.