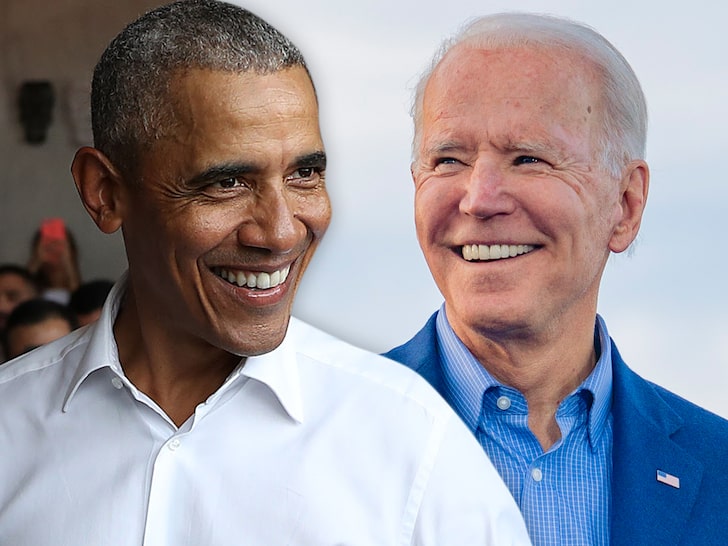 Former President Barack Obama waited until the dust settled among all the Democratic presidential candidates, but he’s fully throwing his support behind Joe Biden now.

Obama opened a video message with an uplifting sentiment about the fight against coronavirus and gave a thank you to those on the frontlines. He then transitioned to the political side … saying, “That’s why I’m so proud to endorse Joe Biden as President of the United States.”

Obama then goes in on Trump and Republicans, saying, “One thing everybody has learned by now, the Republicans running the White House and the U.S. Senate are not interested in progress, they’re interested in power.”

Obama’s backing of Biden comes just a day after Bernie Sanders joined Joe on a livestream to offer his endorsement, as well. Sanders dropped out of the race last week, seemingly leaving the nomination to Biden.

Joe told Bernie if he does indeed become the nominee, he’s going to need Sanders’ help “not just to win the campaign, but to govern.”

Biden will certainly need more of Obama’s help to defeat Trump, as well. The good news is … 44 has been getting back out there more lately, mostly on social media to post helpful info about the coronavirus pandemic.

Ya gotta think he’ll pivot to pushing his party to vote for Joe now though … especially since it’s been his goal to unite Democrats after all the primary chaos cooled down.

President Trump has yet to respond to Obama’s endorsement. Start the countdown.