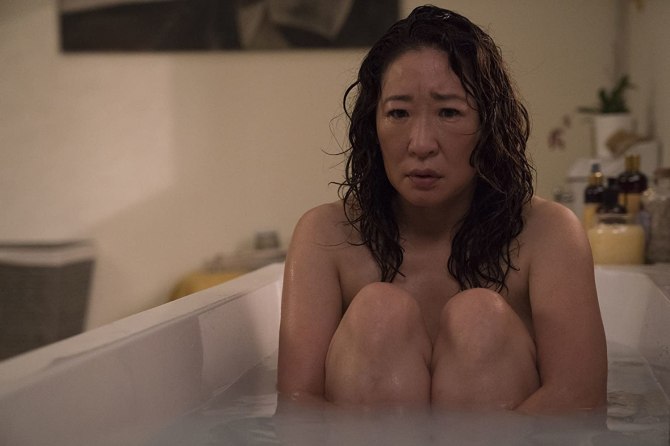 From Grey’s Anatomy to Killing Eve, Sandra Oh’s net worth is why she will always be the queen of primetime. As OG Grey’s Anatomy fans remember, Oh became a household name in 2005 when she starred as Cristina Yang on ABC’s Grey’s Anatomy. Fifteen yeas later, and Oh is one of the highest paid actors on TV. She may not have her Grey’s Anatomy checks anymore (which were massive BTW, but more on that later), but she does have her own TV show, BBC’s Killing Eve, so you best believe that her bank account is still growing.

So what is Ms. Oh’s net worth? And how much does she make on her TV shows? We attempt to answer those questions ahead.

How Much Did She Make on Grey’s Anatomy?

Oh starred as Cristina Yang, Seattle Grace Hospital’s type-A cardiothoracic surgeon, on Grey’s Anatomy 10 seasons. Toward the end of her time on the show, Oh made $350,000 per episode, according to TV Guide, which amounted to $8.4 million per season, depending on how many episodes there were a season and if Oh starred in all of them. The salary made her the fifth highest paid TV star at the time, a title she shared with her Grey’s Anatomy costars Ellen Pompeo and Patrick Dempsey, who were paid the same rate. Oh also won the Best Supporting Actress Golden Globe in 2005 for Grey’s Anatomy, so add that to her worth.

How Much Does She Make on Killing Eve?

It’s unclear how much Oh makes for Killing Eve, in which she plays the lead, Eve Polastri, a British intelligence officer who’s obsessed with a psychopathic assassin named Villanelle. However, some reports believe that Oh makes the same or even more than her Grey’s Anatomy salary, which would still be less money for each Killing Eve season (the BBC show has about 16 episodes less than Grey’s Anatomy), but it would still provide her with a nice chunk of change. Oh also has some hardware from Killing Eve. In 2019, she won the Best Actress Golden Globe award.

What’s Her Net Worth?

Ah, the question everyone wants to know: What is Sandra Oh’s net worth. According to Celebrity Net Worth, Oh’s net worth is $25 million, which seems about right given how much she made on Grey’s Anatomy and continues to make on Grey’s reruns. Further, she’s also starred in films like Under the Tuscan Sun and The Princess Diaries, which only adds to her bank account. She’s also hosted the 2019 Golden Globes. Though the awards show doesn’t pay astronomical numbers, it still sounds like a pretty penny (some sources report that hosts are paid around $15,000 per awards show) for a few hours of work.