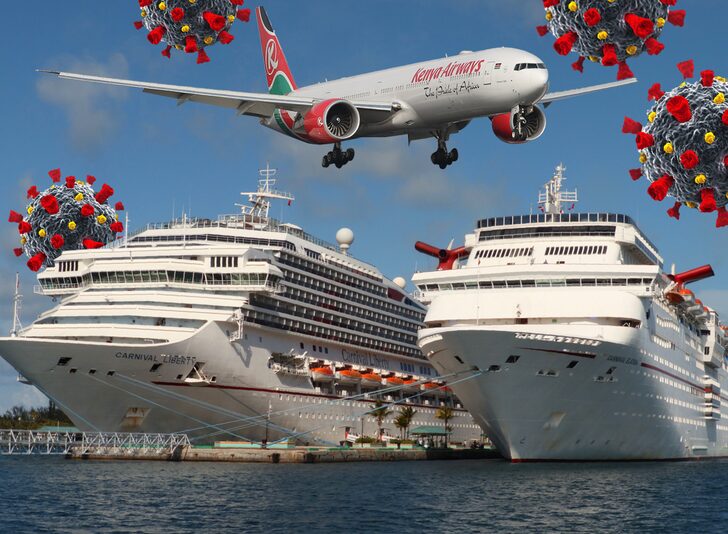 Airline carriers, cruise ships and hotels are pissing off would-be travelers seeking refunds in the wake of the coronavirus pandemic … and most folks are s*** outta luck!!!

Here’s the deal … folks who had domestic and international vacations planned for March, April and May are running into the same problem … they’re asking for refunds from the airlines, cruises and hotels, but are mostly being told the only remedy is credits for future travel.

Our sources tell us Kenya Airways is NOT refunding anyone … instead, we’re told the airline is only offering travel credit good for one year from the date the original flight was booked.

It’s bad news for a group of wanderlust women in Los Angeles who tell us they booked flights to Seychelles and Nairobi and lodging at Kenya’s exclusive Giraffe Manor, which is also only offering credit good for up to a year.

The group says they booked their $3,000 roundtrip, multi-stop flights last August and were supposed to travel in March and April, but the virus’ spread makes it impossible to keep the dates and reservations.

If they want to use the airline credit — no refunds, remember — the group must book and complete a new trip by August 2020. As for staying at Giraffe Manor — a super-popular haunt for celebs — the 1-year credit means they must compete with all the other people who also had trips canceled this year and those with reservations still in play.

Meanwhile, Priceline is so swamped with calls the travel agency is only handling inquiries on flights that are within the next 72 hours. For almost every major airline, it’s taking at least 2 hours to get on the phone with a real person, and in some cases it’s taking 2 days.

Oh and get this … Carnival Cruises made a California grandpa fight and claw for a refund for a $7,500 family vacation with his wife, children and grandkids … this after the 71-year-old man warned the cruise line he couldn’t risk it with his health only to be offered credit for a future cruise.

The fam was supposed to set sail from Long Beach April 11, but Craig Morris wasn’t about to set foot on the ship. Until this week, Carnival reportedly insisted Craig would not be refunded for the cost of the tickets and he fought the cruise line for 2 weeks trying to get his money back.

In the end, Carnival suspended all voyages until May 11 and the cruise line is finally telling Morris and other travelers they can opt for full refunds, but only after they pissed a bunch of customers off by only offering credits for future trips.

Meanwhile, people across the globe are still getting infected and dying from COVID-19. Talk about #FirstWorldProblems.