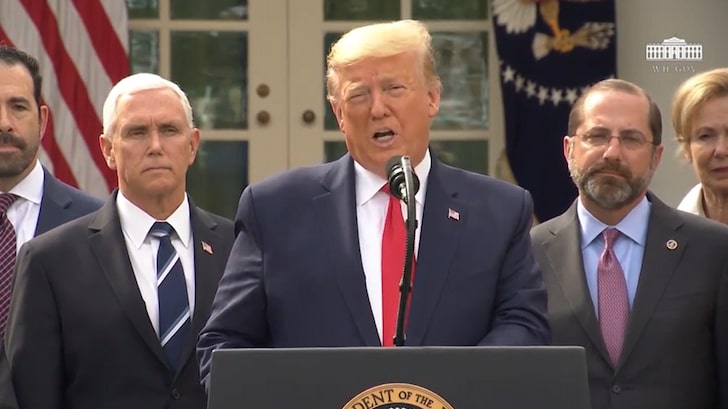 President Trump has declared coronavirus a “National Emergency” and says his administration is doing everything they can to get it under control.

Trump, joined by VP Pence and other health officials, held a presser at The White House Friday to update the public on the disease. In declaring the situation a “National Emergency” Trump says $50 billion will be allocated to testing, treatment and getting it under control.

Google has joined the fight as well, the company has more than one thousand engineers working on a coronavirus website to help people find testing centers and take preventative measures.

Of course, Trump’s announcement came with a couple digs … most notably, one at Obamacare. In announcing the Google partnership, he said the website would be completed quickly, unlike websites in the past. Obamacare’s launch was full of issues. 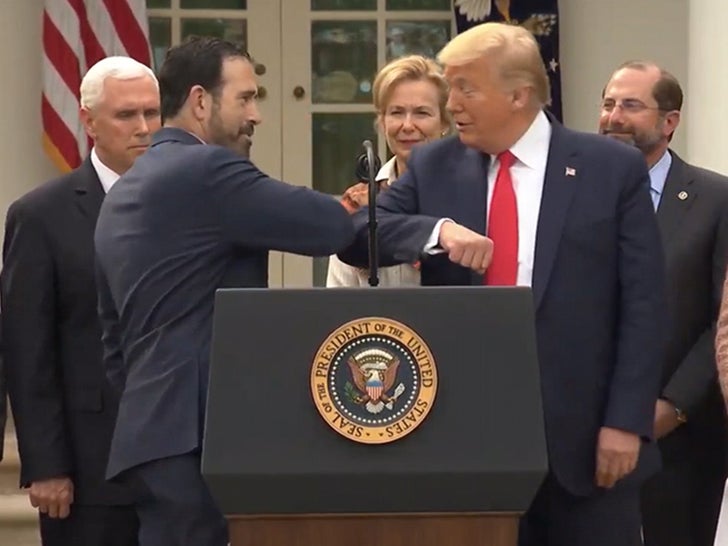 There was also a point where Trump shook the hands of those around, but Bruce Greenstein of LHC Group knew better, opting for an elbow bump instead.

Drive-thru testing centers will also be a part of the plan, hitting heavily impacted areas.