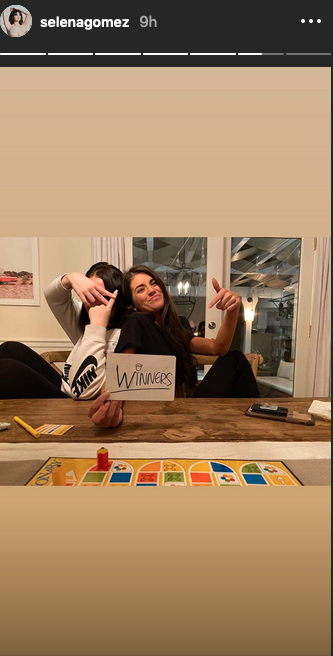 “The Bachelor” alum Madison Prewett is doing just fine after her split with Peter Weber.

Hours after they announced their breakup, Madison was seen having a girls’ night with Selena Gomez.

Gomez documented her run to Target with Prewett and friends as they picked out board games to pass their time during the coronavirus pandemic.

In a video, Gomez asked Prewett, who was seen smiling when the camera panned to her, “Madi, what game do you want?”

After their run to Target, Selena shared Instagram Story clips from their game night, which included Madison drawing roses. Could it be a reference to her time on “The Bachelor,” where roses are handed out to contestants? 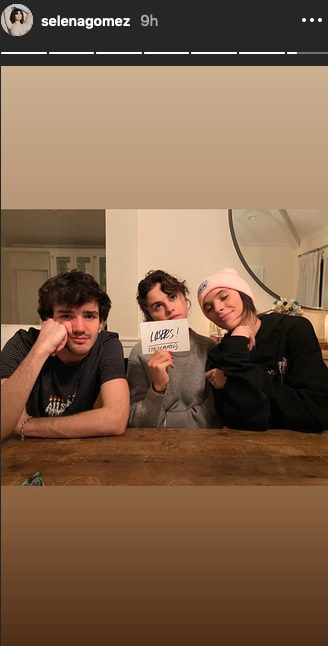 Madison’s outing with Selena seems like quite a contrast to her “intense” lunch with Pete at Granville restaurant before their split announcement. A source told Us Weekly, “It looked like the conversation was intense. Madison had both hands on her temples for multiple minutes.”

“She looked extremely uncomfortable,” the eyewitness continued. “He was doing a lot of nodding and furrowing his eyebrows. She was doing most of the talking.”

Soon after, Madison posted on Instagram, “As Peter and I have decided to go our separate ways, I am confident that we will both move in the direction of our purpose and never forget that God has a plan in all things. I will always love and respect him.”

Peter wrote on Instagram, “Madi and I have mutually decided to not pursue our relationship any further. Believe me this was not easy for either of us to be ok with, but after a lot of honest conversations, we have agreed that this is what makes most sense for the two of us. The love and respect I have for Madi will continue to endure.”

During the finale of “The Bachelor,” Peter tried to patch things up with Madison after breaking off his engagement with Hannah Ann, much to his mother Barb’s dismay. Barb made it very clear that she didn’t approve of their relationship.

“Extra’s” Renee Bargh spoke with host Chris Harrison, who shared his take on the finale. He said, “I knew Hannah and him had broken up and he was going to try with Madison. I wasn’t sure how that was going to resolve itself. What I did not see coming was Barb… I didn’t think she would go to that level, and I knew she wouldn’t be happy with the Madison thing.”