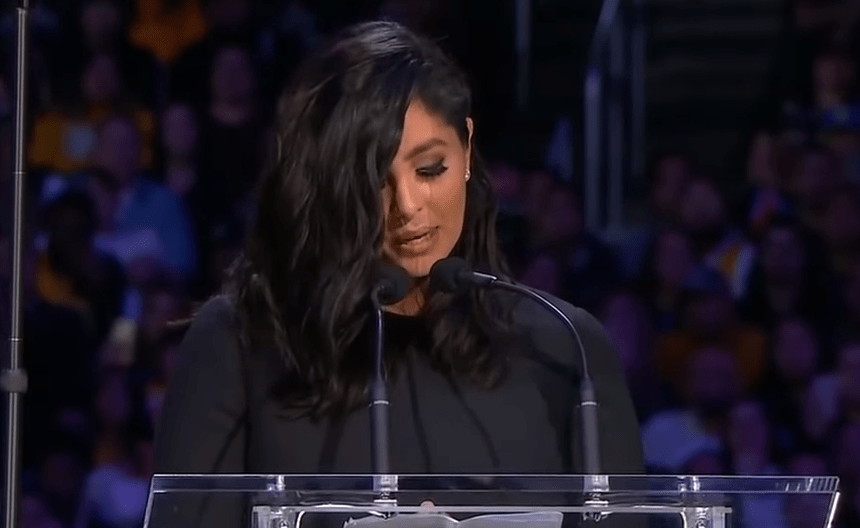 Vanessa Bryant, the widow of late NBA legend Kobe Bryant and the mother of Gianna Bryant, took a recent trip to a mural painting of Kobe and Gigi.

Vanessa shared the pictures along with the words to the song “Smile,” in the caption.

Since the tragic event, Vanessa has remained fairly lowkey, sharing tributes on social media, but according to reports, her friends and family have been keeping her strong.

“I won’t be able to tell her how gorgeous she looks on her wedding day, never get to see my baby walk down the aisle, have a father-daughter dance with her daddy, dance on the dance floor with me or have babies of her own,” a visibly emotional Vanessa said during the memorial service last month at the Staples Center.

“He was my sweet husband and the beautiful father of our children. He was mine. He was my everything,” she said of Kobe Bryant.

“Kobe and I have been together since I was 17 and a half years old. I was his first girlfriend, his first love, his wife, his best friend, his confidant, and his protector. He was the most amazing husband … more than I could ever express or put into words. He was the early bird, and I was the night owl. I was fire, he was ice and vice versa at times. We balanced each other out. He would do anything for me. I have no idea how I deserved a man that loved and wanted me more than Kobe.”