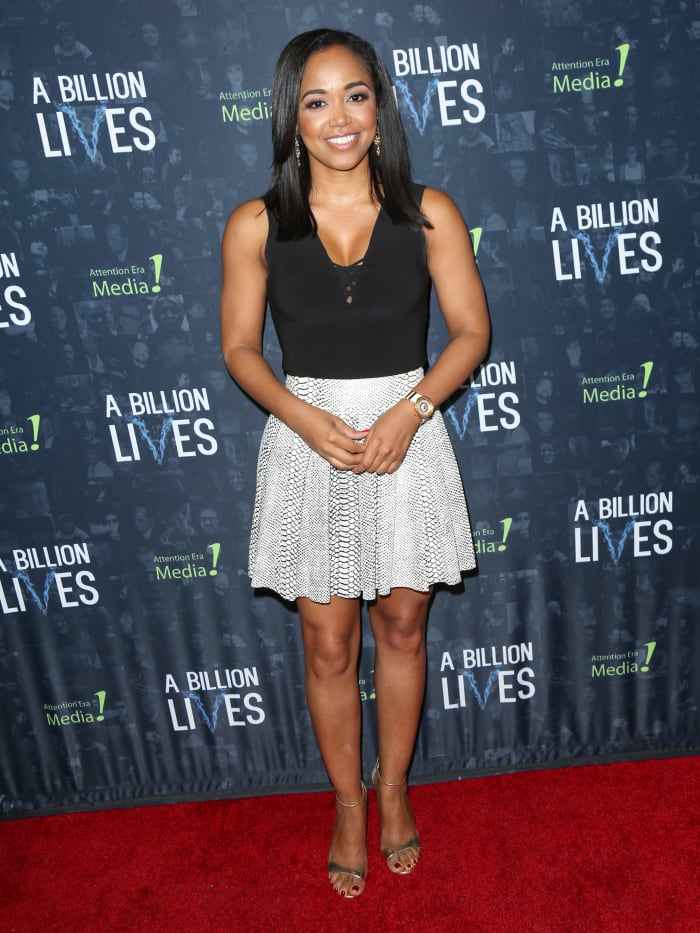 The couple was wed at Los Angeles’ First Congregational Church in downtown L.A, where their friend DeVon Franklin officiated the ceremony.

And there were tons of celebrities at the wedding, including Stevie Wonder, MC Lyte, Sheryl Lee Ralph, Grey’s Anatomy star James Pickens Jr. and author Malcolm Gladwell. Stevie Wonder sang “You and I” as the bride walked down the aisle.

Judge Faith met Kenny on a blind date through Jenkins’ friend, music producer Aaron Lindsey. Initially Judge Faith only wanted to find someone to help her record some Christmas music, but eventually Kenny won her heart.

Kenny, 49, was previously married to singer Chanté Moore from 2002 to 2011. They are the parents of their 16-year-old son, Kenny Lattimore Jr., who was also a groomsman at the wedding.

Here are some images from the wedding: