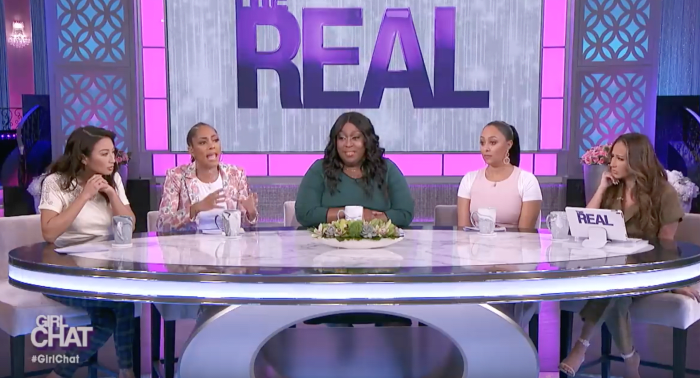 The Real’s host Adrienne Bailon is making news today, after she revealed to the audience that she doesn’t wash her hands after going to the bathroom.

According to Adrienne, she doesn’t wash her hands for either a number one or a number two, so long as she’s in her home.

Co-host Jeannie Mai seemed upset that Adrienne would be so nasty. She looked at her other co-hosts and said, “Why does Adrienne ask questions like this?”

Adrienne followed up by asking, “What did I touch though, it’s my house.”

Other co-host Tamara said, “You touch your behind girl.”

Adrienne then corrects Tamara, and says, “No the toilet paper touches my behind.”