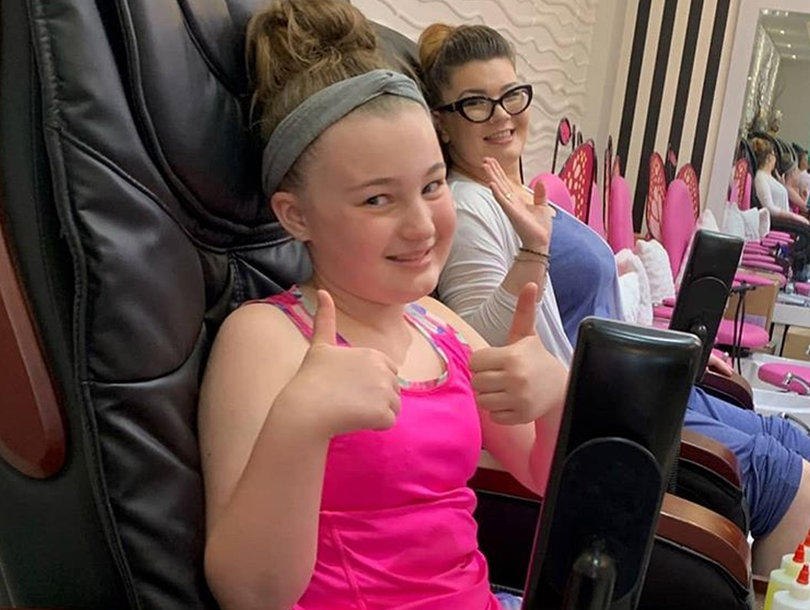 The new season of “Teen Mom OG” will address Amber Portwood’s attack on Andrew Glennon in the season premiere.

While Amber only briefly downplayed what went down when she was arrested for domestic battery in 2019 during last season’s reunion, both Portwood and Glennon prepare to share their respective stories in this sneak peek.

Last July, Glennon — who shares son James with Amber — contacted cops claiming she hit him with a shoe while he was holding their child. There were reports she also allegedly wielded a machete during the incident, for which she was arrested and charged with domestic battery. She pled guilty and was sentenced to 2.5 years probation.

“It’s been one of the hardest times of my life but I’m proud of how I handled it,” Portwood says in a voiceover. “I’m lucky to have [ex Gary Shirley] and [his wife] Kristina’s support throughout this whole situation.”

Portwood is then seen sitting with Gary, expressing her regrets and getting emotional as she spoke.

“The number one regret that I have is that I did not walk out of that house that night,” she says. “Now I look back and I’m so ashamed, because all I keep thinking about is Amber, you should have walked out of the house. There are limits to somebody with mental health disorders. There’s only so much somebody like me can handle and people like me will understand that.”

Gary assures her she’s “learned a lot” from her mistakes this time, before she admits to feeling “a lot of guilt” for not being more aware of herself at the time.

While Andrew himself doesn’t physically appear in the clip, his voice is heard over the phone as show producers call him. They hope he’ll “share what’s been going on,” so it’s not just Amber’s side being shown on the series.

“Yeah, for sure, it gives me anxiety to be honest with you,” he tells them. “It’s hard to go to sleep. It’s a total mess and it’s completely spiraling out of control and really frustrating.”

They make plans to talk further, in a conversation which hopefully will appear on the season premiere.