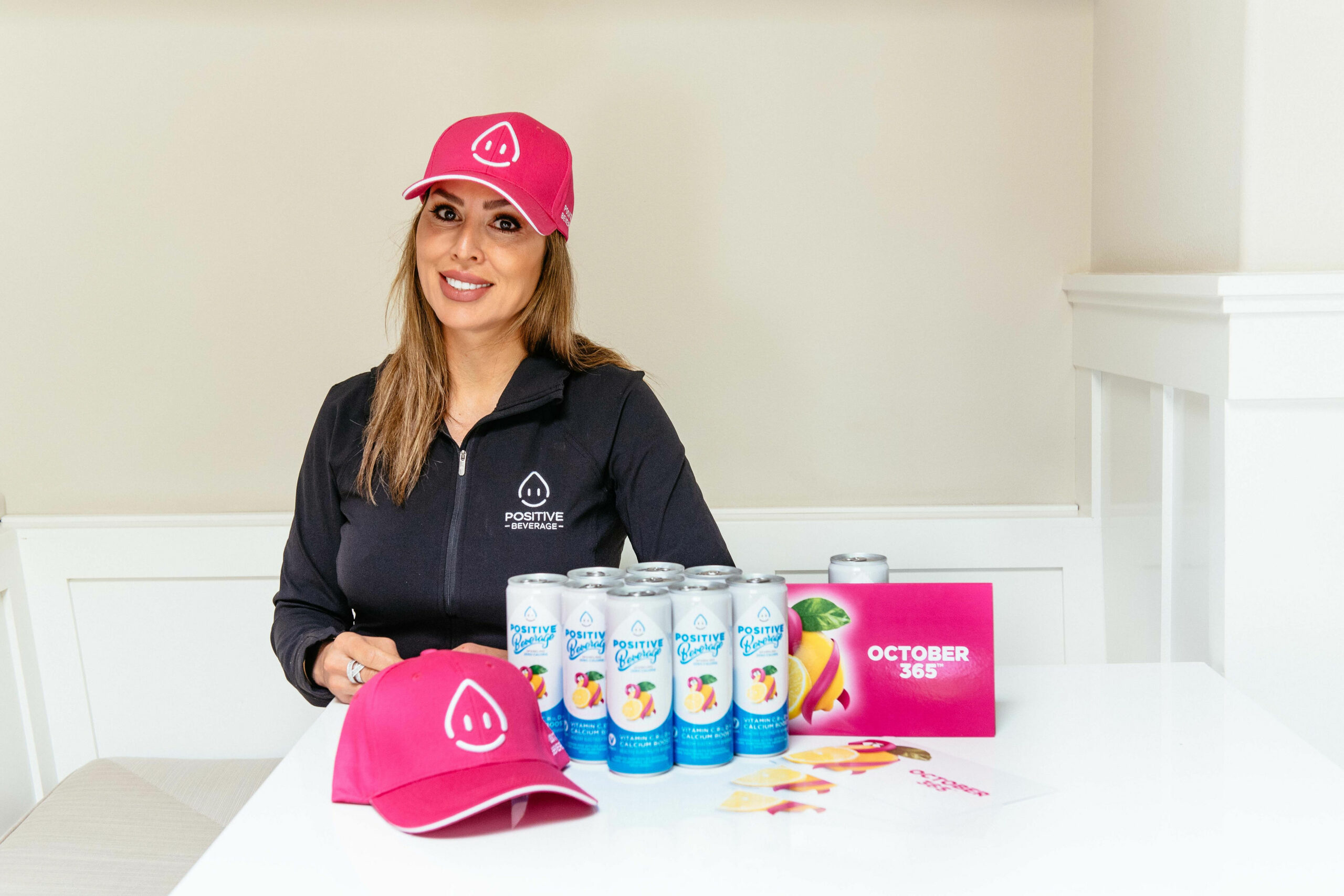 Kelly Dodd revealed she is giving back through her Positive Beverage’s latest philanthropic initiative called October 365.

With the launch of the healthy drink company’s new flavor, Prickly Pear Lemonade, the “Real Housewives of Orange County” star and co-founder Zach Muchinick will be making a $20,000 donation to breast cancer research. Positive Beverage will also be donating a portion of the proceeds for each Prickly Pear Lemonade sold in hopes to bring awareness to breast cancer throughout the entire year, not just during the month of October.

“A lot of companies jump on the bandwagon and only support charities one month out of the year,” Zach explained to TooFab. “So we were sitting there and coined the phrase October 365. Why don’t we launch this product and break the mold. We hope it adjusts and changes the way people view philanthropy.”

The cause is close to both founders, as Zach said he lost his grandmother to breast cancer and Kelly said three of her closest friends have all been diagnosed.

“I don’t have it in my family, however I do have breasts, so, ya know, it could affect me,” Kelly relayed to TooFab.

She then detailed how Positive Beverage went through several different iterations — taking a full two years to get to production — before landing on the perfect recipe and packaging.

“I just thought it was different from everything else out there — and it was affordable, which I love,” she said.

“We wanted to make sure it really tastes great, first and foremeost, and really make a positive product,” said Zach.

And the hard work paid off as they are featured in retailers on the east and west coast, including Target and the upscale grocer Bristol Farms.

Meanwhile, her “RHOC” co-star Braunwyn Windham-Burke and husband Sean Burke have been especially supportive of the drink company, as Kelly said they keep it stocked in their house and rave about it on social media whenever they can.

And it sounds like even her new castmates for the upcoming season will have her back with the business venture, as she told TooFab, “We have real relationships. We are real friends.”

“It’s really good, and we’re not even missing them, at all,” she said referring to Vicki Gunvalson and Tamra Judge leaving the show. “Before it wasn’t like that, it was kind of negative.”

But don’t expect it to be all sunshine and roses though for Season 15, as Kelly did dish on what to expect in the drama department.

“Oh yea, its already coming up with a bang.”