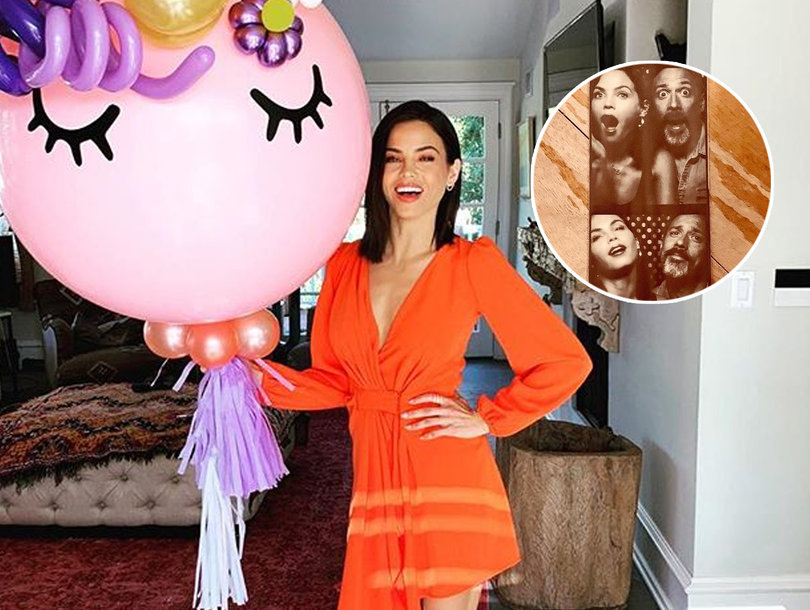 Congratulations are in order for Jenna Dewan!

The “Flirty Dancing” host welcomed a baby boy with her fiance Steve Kazee on Friday — and took to Instagram on Tuesday to announce the good news to her fans.

“And just like that, our hearts exploded into all of eternity and beyond ❤️🌈❤️ Welcome to the world you little angel! ❤️ Callum Michael Rebel Kazee 3/6/20,” she captioned a gorgeous black and white snap of herself holding her newborn.

The boy is Jenna’s second child, but first with Kazee. She also shares 6-year-old daughter Everly with ex Channing Tatum.

Steve noted his excitement with a photo of the baby wrapping his tiny hand around his own finger on Instagram (below), writing, “In an instant our universe burst wide open and nothing would ever be the same. Welcome to earth star child.”

The actress and her Broadway star beau first announced they were pregnant back in September, telling People, “We are beyond overjoyed and couldn’t be happier to be expanding our family!”

At the time, Steve posted a beautiful picture of Jenna cradling her baby bump with the caption, “I can’t even begin to describe the feelings that I have had since we first learned that Jenna was pregnant! I have waited my entire life for this moment and couldn’t have found a better person to build a family with.”

Jenna and Steve, who won a Tony for his work in the production of “Once”, made their relationship official back in April, but have been linked since October of 2018.

In April of 2018, she announced her split from Tatum after nine years of marriage with a joint statement on Instagram.

“We have lovingly chosen to separate as a couple,” the statement read. “We fell deeply in love so many years ago and have had a magical journey together. Absolutely nothing has changed about how much we love one another, but love is a beautiful adventure that is taking us on different paths for now. There are no secrets nor salacious events at the root of our decision — just two best friends realizing it’s time to take some space and help each other live the most joyous, fulfilled lives as possible.”

The “Magic Mike” star has moved on with British pop star Jessie J. The couple were first linked in October of 2018.

Best Celebrity Instas of the Week
Instagram
Jenna Dewan KISSES New BF on Her Birthday – See Him GUSH Over Her on Social Media!