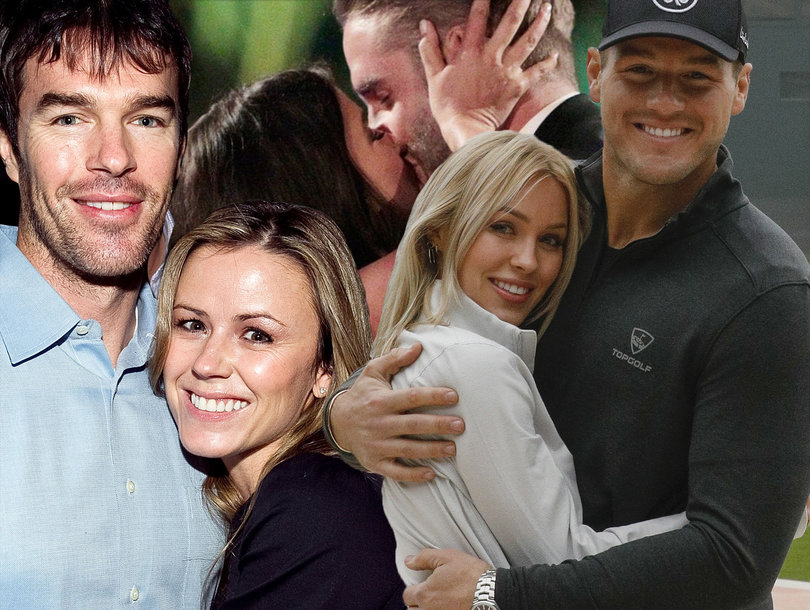 Billie Eilish has been making a powerful statement about the objectification and scrutiny of women’s bodies through her baggy styles for years, and now the 18-year-old singer is making an equally powerful statement by showing her figure.

The moment came as a total shock to her fans, who couldn’t believe what they were seeing during an interlude during her concert tour stop in Miami. In a beautifully filmed piece, the singer could be seen first removing her baggy clothes to reveal a tight tank top — the same type of top she was wearing that saw her objectified and sexualized on social media as a young teen.

From there, she took it a step further, stripping down to just a bra.

What’s remarkable about this surprise turnaround for Eilish is that in choosing to show her body, she’s emphasizing the exact same message she was while obscuring her figure before she was legally an adult.

Perhaps she recognizes that when young women turn 18 years old, there’s this disturbing shift that happens as they tend to find themselves even more sexualized. In the early days of the internet, young celebrities like Lindsay Lohan and the Olsen twins even endured countdown websites, ticking down the days to their 18th birthdays … which is disturbing on so many levels.

Eilish, however, is taking ownership of her body, her sexuality, her presence by choosing how and when to show herself. And what made the moment even more impactful was that she chose to share this monumental statement live with her fans, and with an accompanying spoken-word statement that read like poetry.

She knows what this moment will do, the first time she publicly and intentionally reveals her body, and so she took full ownership of that moment and made sure that it happened with accompanying words so that everyone who chooses to judge her in whatever way they do know that she is fully aware of them.

And the piece is intentionally provocative and uncomfortable, specifically asking how her body makes you feel, her stomach, her hips, her chest. Pairing the two together means that her thoughts about the male gaze on her body are front and center, even as she knows she’s being looked at.

It’s the reality of being a woman at any age past puberty. It’s an incredibly heavy load to bear, and one that most women and girls shoulder in silence. Eilish is not and has not been most women since her time in the public eye. This is an incredibly brave choice she’s making, and such a strong way to make it.

The whole segment, from the video itself to the accompanying vocal soundtrack was as beautiful and powerful as any music video or track from her album. It was a piece of art itself, something she clearly crafted very intentionally and with clear vision and focus.

It’s also telling that in some of the fan videos online, you can hear the euphoric roar of the crowd as the video and words play, with some of the strongest responses coming from her young, female fans. They see her, they hear her message and they are moved by it, by her strength in owning this moment.

“if i wear less / who decides what that makes me? / what that means? / is my value based only on your perception? / or is your opinion of me not my responsibility?”

You can check out the full poem, as well as some of the shocked reactions from fans below:

some people hate what i wear

some people praise it

some people use it to shame others

some people use it to shame me

but i feel you watching

and nothing i do goes unseen

so while i feel your stares

or your sigh of relief

if i lived by them

i’d never be able to move

do my shoulders provoke you?

am i my stomach?

the body i was born with

is it not what you wanted?

if i wear what is comfortable

i am not a woman

if i shed the layers

though you’ve never seen my body

you still judge it

and judge me for it

we make assumptions about people

based on their size

we decide who they are

we decide what they’re worth

if i wear more

if i wear less

who decides what that makes me?

is my value based only on your perception?

or is your opinion of me not my responsibility?

I was about to make a joke but everyone read the speech. Billie eilish needs to be respected and it’s a shame that she’s even doing this and tbh it’s kinda weird to do a “body reveal” but it’s come to that …. https://t.co/6aufLLz74p

The way that billie eilish revealing her body at her own discretion is going to empower girls to make their own choices … I have no choice but to stan.

OK BILLIE EILISH IS THE STRONGEST MOST BADDEST BITCH I LOVE HER SO MUCH. THE INTERLUDE WWAS THE BEST THING IVE EVER SEEN. SHES BEAUTIFUL AND ITS LIKE SHES TAKING HER BODY BACK FROM HATERS I LOVE IT IM INLOVE WITH HER BYE

can i just say how proud i am of billie? PEOPLE BETTER NOT START SEXUALIZING HER NOW. she should be comfortable with her body @billieeilish pic.twitter.com/tYAMHj5HqE

I’VE NEVER BEEN PROUDER IN MY LIFE!!!!! OMFG!! BILLIE EILISH!!! THANK YOU!! THANK YOU FOR BEING A ROLE MODEL FOR US!!!! LOVE YOUR BODY, BE CONFIDENT, LOOK SEXY. WEAR A DRESS, PANTS, MAKEUP OR NO. BE YOU. ONLY YOU. DON’T LISTEN TO THE HATERS. “IT’S NOT YOUR RESPONSIBILITY”.

she’s not????she’s being confident in her own body…if that’s sexualizing herself then every woman who wears a bikini or who shows any amount of skin is sexualizing themselves

“if i wear what is comfortable, i am not a woman. if i shed the layers, i’m a slut.” “is my value based only on your perception? or is your opinion of me not my responsibility?”

I LOVE ONE PERSON AND THAT IS BILLIE EILISH 🥺 pic.twitter.com/OURR3XoTbn

View Photo Gallery
Getty
Bachelor and Bachelorette Couples: Where Are They Now and Who’s Still Together?