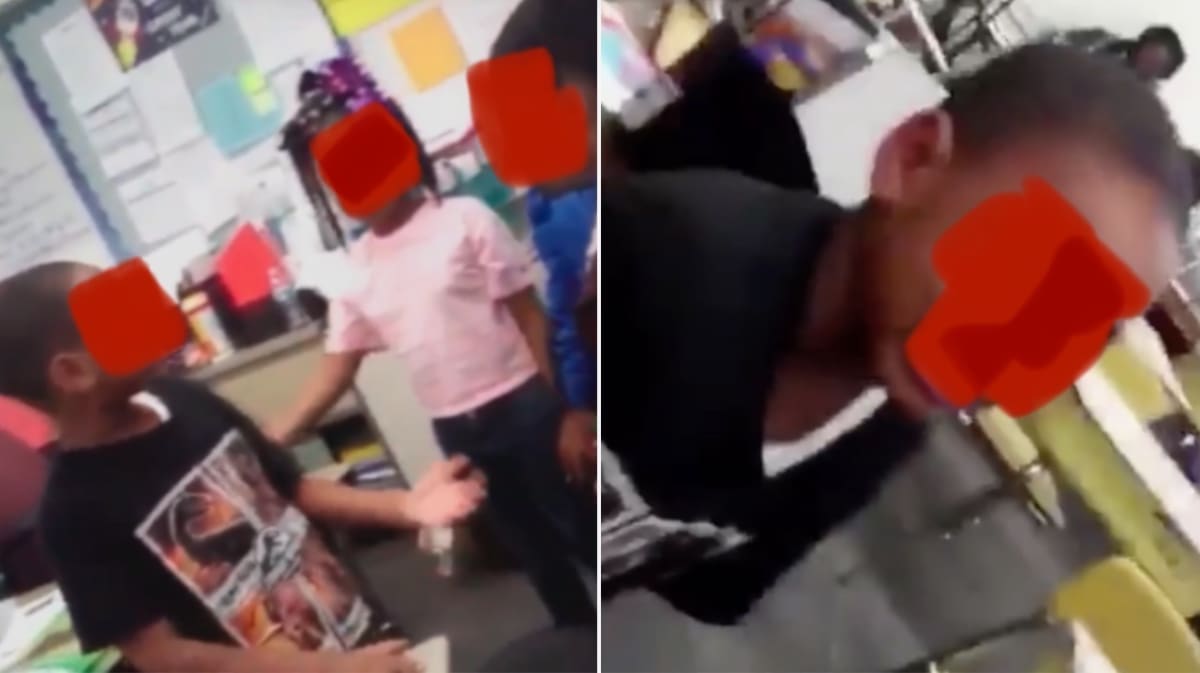 A 7 year old boy from Michigan is going viral on social media, after a video of the second grader getting jumped and beaten by classmates in front of an adult – is circulating on social media.

The incident reportedly occurred inside a second grade class at the International Academy at Hull in Benton Harbor Michigan.

The video shows the second grader – whom MTO News will not name – being punched and kicked by classmates. And the attack is brutal. The little boy was kicked in the private area,, then was placed in a headlock – while classmates taunted and punched him.

The video appears to be recorded by an adult, as her voice can be heard in the video.

MTO News has confirmed that the victim’s mom Carmesha Ellis has seen the video, and notified the school. According to her, the adult in the video – whom she calls the “teacher” – has been placed on paid administrative leave.

MTO News reached out to the Benton Harbor police for comment. So far, we have not been given a response. Local media claims that the police are, however, looking into the matter.

The child’s mother gave this quote to the local press:

If this video has never surfaced, if these second graders had never recorded this, he would have been in school today with the same teacher again

The 7 year old’s father, Dontavious Tyler, gave this quote to the local press:

He wants to kill himself after this, and that’s not something you want to hear from your child [He’s] seven years old

The website Niche.com gives the school a D+ rating.