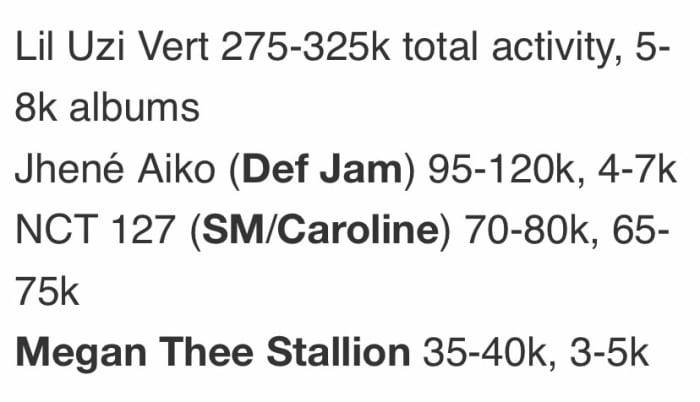 Megan Thee Stallion dropped her new album Suga on Friday – and it’s not doing well at all.

MTO News obtained some preliminary numbers, and they are very very disappointing. Meg;s new album is on pace to generate only 35,000 sales for the week.

Megan’s debut album is expected to come in fourth for the week. She’s far behind the top selling album of the week, Lil Uzi’s new EP Eternal Atake.

Meg and her team are extremely disappointed with these numbers, MTO News has also learned.

Here are the projections for album sales:

Megan is in the midst of suing her record label – over her contract. Meg filed suit in a Houston federal court, so that she could release Suga.

Her label tried to prevent the female rapper from releasing this album – maybe they knew it was going to flop.