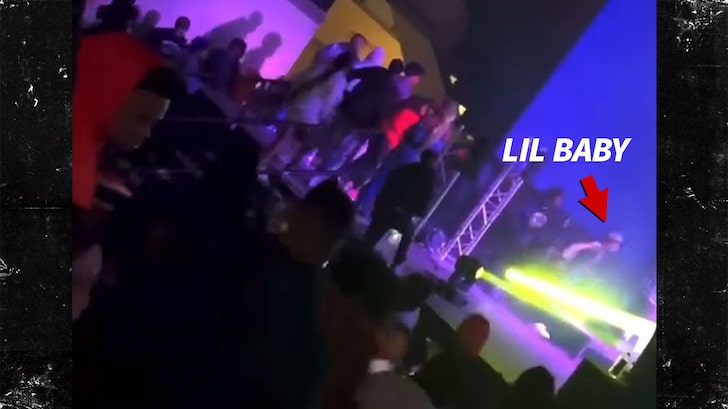 Lil Baby‘s concert Saturday night ended abruptly after gunshots rang out and at least one person was injured.

Check out the video … you hear the shots and then the panic in the crowd. The rapper was performing at the Bill Harris Arena in West Birmingham, Alabama when someone in the crowd began firing rounds. Some fans hit the floor … others ran out of the venue.

At least one person was taken to a nearby hospital for treatment. The person’s condition is not known.

What we do know is this … there was some sort of physical altercation before the shots rang out, so it appears this was targeted.

No arrests were made, but cops are on the hunt.