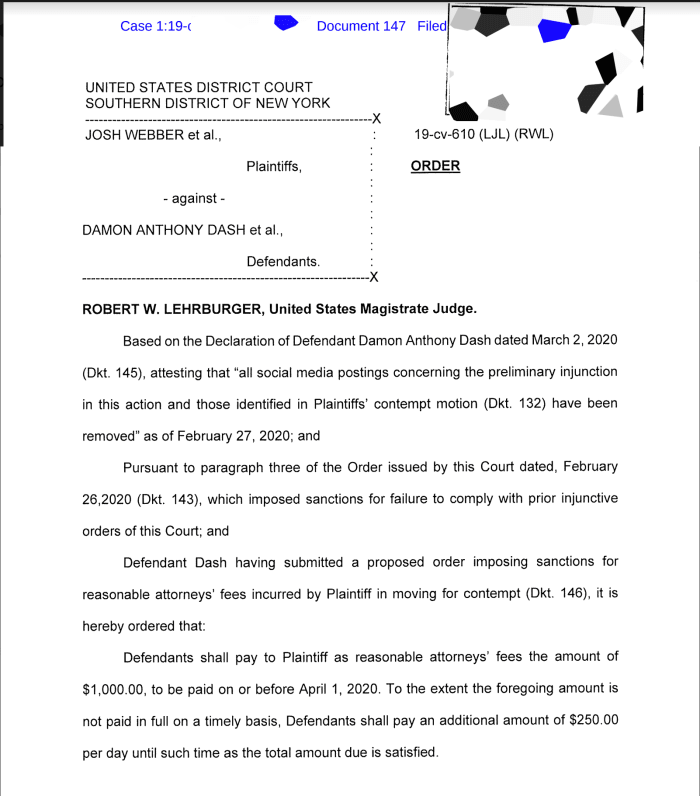 Damon “Dame” Dash just lost in court, again. The entertainment mogul is in the middle of a lawsuit with filmmaker Josh Webber and Muddy Water Pictures.

Dame was originally attached in 2016 to an upcoming movie entitled Dear Frank, as the director. But he was removed from the project in 2018, and that’s the basis of the lawsuit.

Now, the court hearing the lawsuit has issued sanctions against Dame Dash – for failing to remove social media posts about the lawsuit.

Dame was ordered by court to remove all social media posts about the case. It appears that Dame didn’t follow the court’s order – so he was sanctioned by the judge.

He’s been ordered to pay the opposing lawyer, Christopher Brown $1,000 in legal fees.