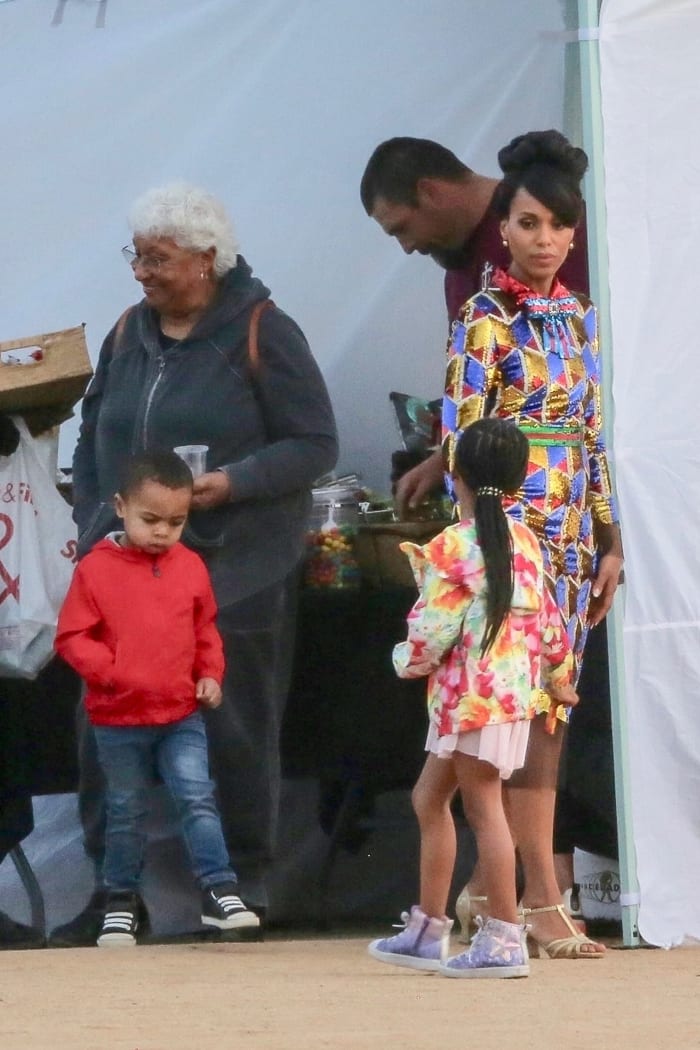 Actress Kerry Washington was spotted out on the set of her new film – and she brought two adorable little people with her.

Kerry was accompanied to the set by her two kids – Isabelle and Caleb. Also on set was Kerry’s mother Valerie. They all went to work with mommy, to the set of ‘The Prom’ in Los Angeles. Also in the film are actress Nicole Kidman, and actor Andrew Rannells.

Kerry, who is married to former NFL player Nnamdi Asomugha, gained wide public recognition for starring as Olivia Pope, a crisis management expert, in the ABC drama series Scandal (2012–2018). For her role, she received nominations for two Primetime Emmy Award for Outstanding Lead Actress and a Golden Globe Award for Best Actress. Her portrayal of Anita Hill in the HBO television film Confirmation (2016), earned her another Primetime Emmy Award nomination.