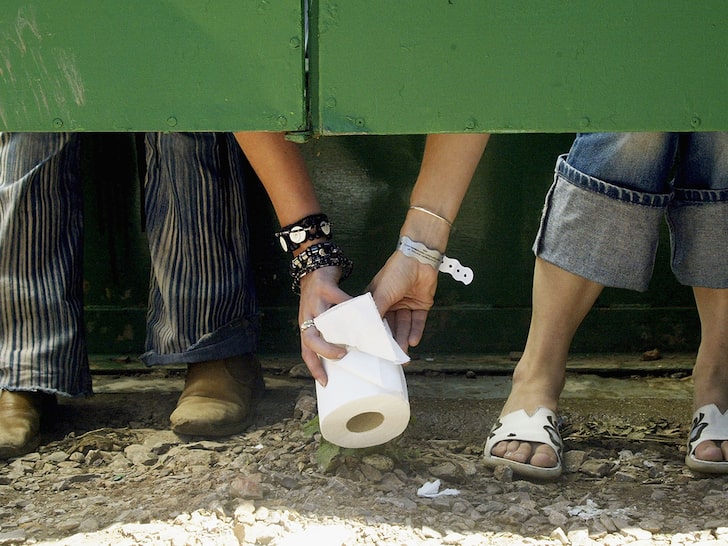 The time has come amid a growing global pandemic to talk about something we’ve all been expecting, but haven’t quite seen ’til now … a bloodbath over wiping our asses.

Yes, we’re referring to toilet paper, folks — specifically, the fact people seem to have lost their minds about stocking up on a 6-pack, 12-pack, 24-pack or many cases … 30-packs from Costco. You’ve probably been seeing photos online, but now … there’s gnarly video too.

Score another reason to buy online and not enter a store for #toiletpaperpic.twitter.com/KgUM1zkGge

Here’s a clip someone captured from what’s been said to be somewhere in Australia, where two women literally came to blows in a grocery store aisle over a pack of poop wipes. It’s pretty insane — there’s screaming, punching, scratching and then face-to-face insults.

Eventually, the store employees step in and break it up … but not before the woman who was apparently left ply-less demanded (begged?) for just one pack of toilet paper from the mother-daughter duo who swept the place and filled their own cart with several loads.

This is getting embarrassing! Snap out of it people! #toiletpaper pic.twitter.com/yw3iB3tDic

There’ve been other in-aisle confrontations caught on video, but none got as rowdy as this one. It appears people in different parts of the world are panicking over the coronavirus — and it would seem having an arsenal of perforated protection is absolutely essential.

Doesn’t seem Americans are quite there yet, but with the number of confirmed cases growing daily here … it’s probably only a matter of time before you’re getting socked over a crucial bundle of Charmin Ultra Soft. There’s just not a square to spare, evidently.