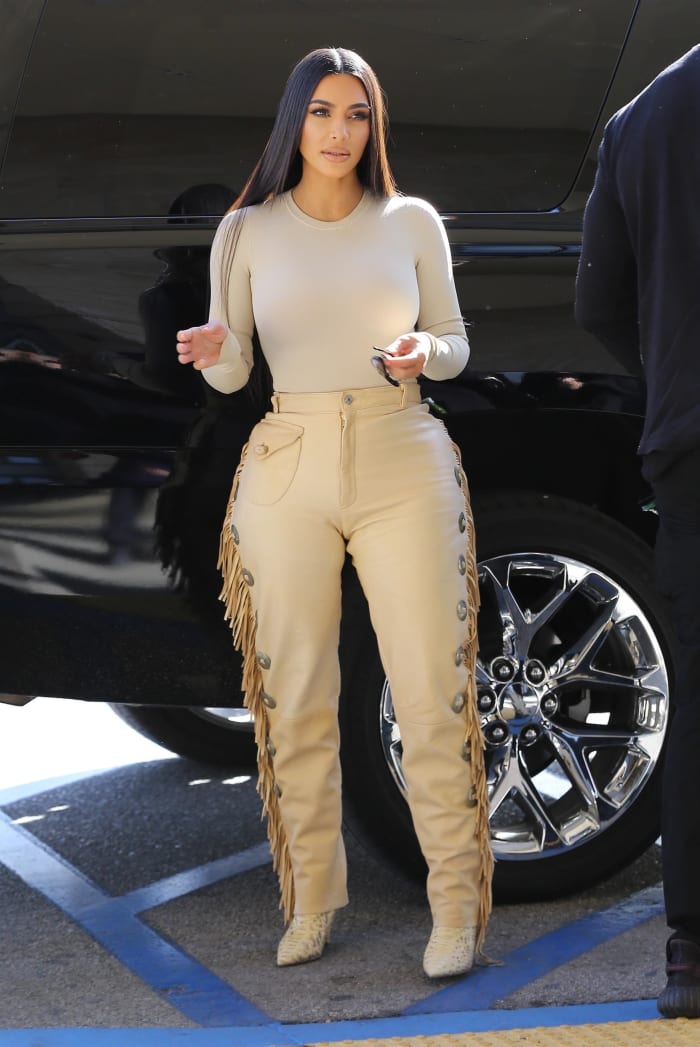 Kim Kardashian was spotted out shopping with the Keeping Up with the Kardashian’s film crew at Nordstrom in Woodland Hills, California.

Kim was dressed to impress, and her hair and makeup looked great. But the pants that she chose were very – how can we put this politely – unflattering.

The leather cowboy pants bunched up in the back, and made it look like Kim was wearing adult diapers underneath her trousers.

As soon as the pictures were released, they went viral on social media – with many calling the beautiful Kardashian sister a “diaper booty.”

Kim revealed on Twitter that she was recommended to watch the show by best friend La La Anthony, says that she’s  ‘obsessed’ with the program’s extreme take on love.

The series documents several couples as they go from ‘meeting and getting engaged without ever seeing each other’ to ‘walking down the aisle on their wedding day,’ according to People.