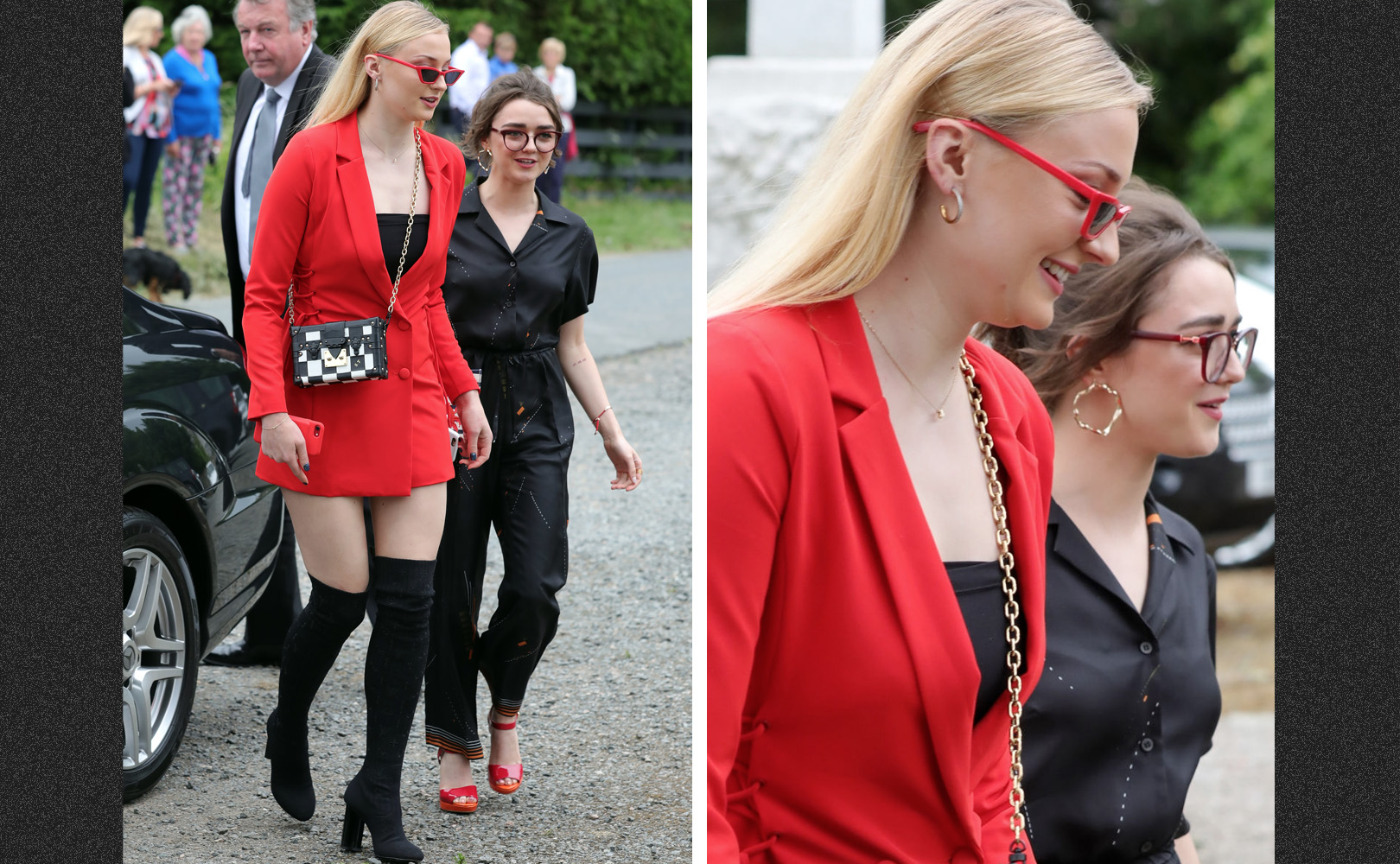 When “Game of Thrones” stars Kit Harington and Rose Leslie tied the knot in 2018, one of their costars nearly upstaged the bride when she showed up rocking a bright red blazer and thigh-high boots.

Yep, Sophie Turner certainly turned heads when she walked into the ceremony with fellow-Stark Maisie Williams and now, in a new interview with Elle, she admits the whole look was a big mistake.

As part of a video series in which stars take a look back at some of their fashion hits and misses, Turner reacted in horror as this outfit in particular was shown. “Oh no,” she said upon seeing the photo, “I’ll forever regret this look. One of my worst looks.”

After explaining where she wore it, she said she had a “fashion emergency” that day, which led to this ensemble. “Both of my really classy dresses that I picked out did not fit me because they’d arrived the day of the wedding,” she explained, “and I hadn’t had a chance to try them on, and they didn’t fit me.”

Saying it was between either the boots or “nice heels” she opted for the boots because, otherwise, “all of my leg” would have been showing. Admitting she thought the boots would at least cover her up “a little,” she said the overall look was “a disaster.”

“Worst fashion choice,” she added, before calling Williams a “great wedding date” — and the “best” date besides husband Joe Jonas.

Check out the video below to see her react to the sexy dress she rocked to Joe’s James Bond-themed 30th birthday bash, her look for the Camp-themed Met Gala and the time she went “all out” in Daisy Dukes for Stagecoach.