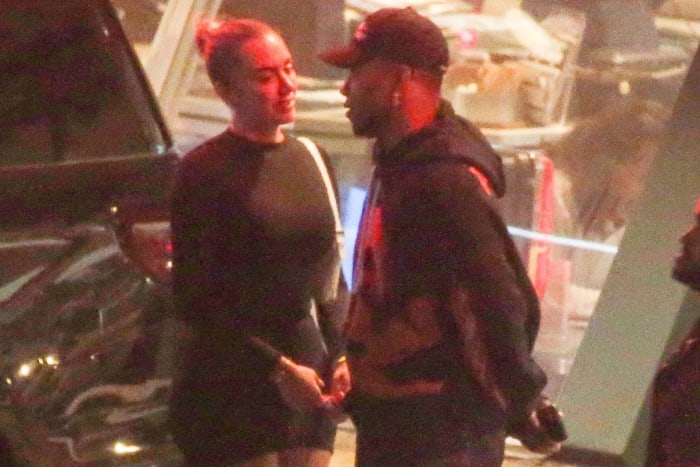 The problem is that Saquon has a girlfriend – his baby’s mother Anna Congdon.

They were then escorted to a private room to dine privately with Kylie Jenner and friends. But Stassie and Saquon Barkley were spotted leaving the diner together around 5:03 am.

As the below pics show, Stassie and Saquon were seen walking closely together. The NFL was seen walking her to the driver’s passenger door. The beautiful blonde then put her purse in the car and is spotted getting very close with Saquon sharing intimate conversation as she gazed into his eyes.

Some on social media are describing Saquon’s behavior with Stassie as “cheating.”

Saquon, who is the star running back for the New York Giants, has a daughter with longtime girlfriend, Anna Congdon, who bares a strong resemblance to Stassie.

Saquon and Anna are posted on Anna’s Instagram where they were recently on a couples retreat back in January with star wide receiver of the Cleveland Browns, Odell Beckham, Jr.

Here are the pics: