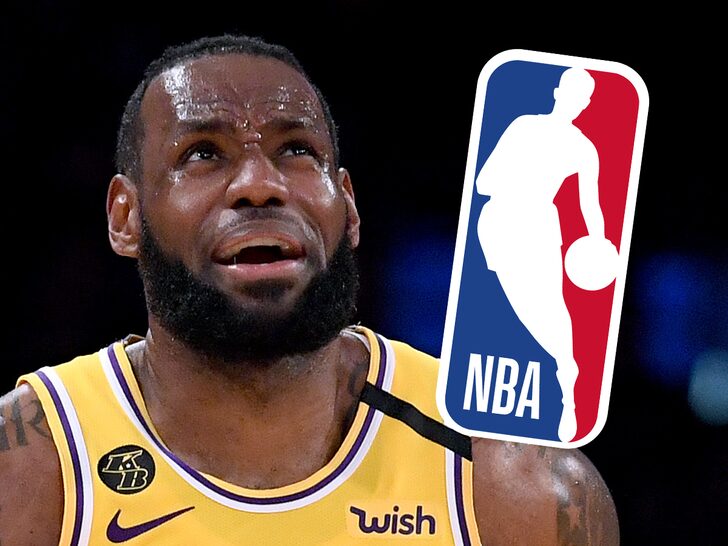 LeBron James says he’ll be parking it if the NBA bans fans from the games amid growing fears of the coronavirus — which might become a reality sooner than later.

LBJ said it clear as day to reporters in the locker room Friday night after his and the Lakers’ thunderous win over the Milwaukee Bucks in L.A. — explaining it quite plainly like this, “We play games without the fans? Nah, it’s impossible. He added, “I ain’t playing!”

LeBron James on possibility of NBA playing games behind closed doors because of coronavirus. LeBron: “I ain’t playing” if there are no fans pic.twitter.com/kpHg6bsFYO

His comments come after a reported league memo was sent around to all teams Friday, which told them to prepare for the possibility of having fan-less games in the near future because of the rapidly growing pandemic, which has already spread to several states in the U.S.

The King went on to say he plays the game for the fans specifically, and says if they’re not in the building … he doesn’t see a point in stepping out on the court. It sounds like he might be joking, but also … he very well might not be. It’d be an interesting situation for sure.

Fact is … the playoffs are happening soon, and the Lakers just clinched a spot for the first time since 2013. And with LeBron at the helm — and after missing last year’s playoffs — folks would absolutely tune in now … on TV, we suppose, and not in person if this comes to pass.

Not only that, but Bron is KILLING it this year … he’s in the running for regular-season MVP, so if he just cut all that short and said screw it — things could potentially turn ugly.

LeBron is one of those guys with enough clout and influence that he could potentially get away with something like that, but our gut’s telling us Adam Silver wouldn’t let it slide without putting up a fight and lobbying the superstar for the sake of precious ratings.