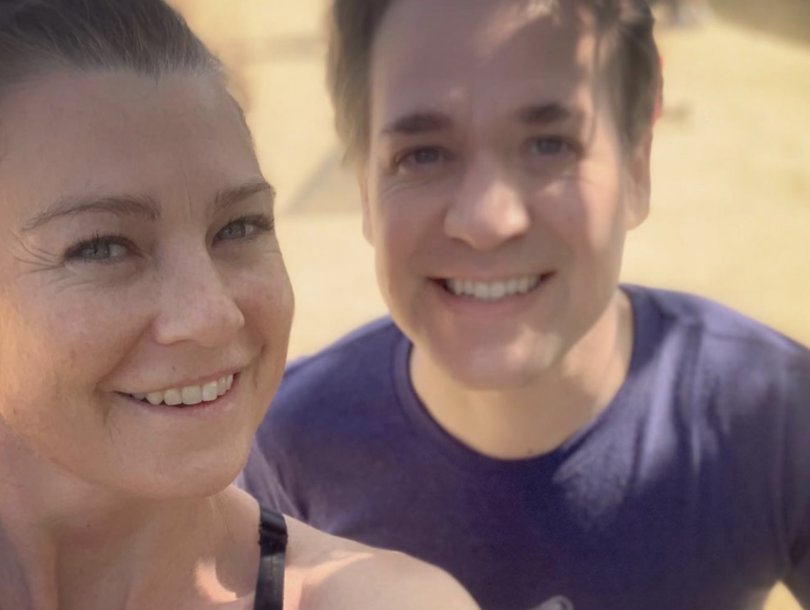 Fans of “Grey’s Anatomy” were ticked over how the show handled actor Justin Chambers’ exit after his character Alex Karev made his final (off-camera) appearance on the show this week. Star Ellen Pompeo, however, thought it was “the best send off.”

Chambers announced in January that he was leaving the show in the middle of this current 16th season — months after his last physical appearance aired back in November. For his final episode, Chambers only provided voiceovers as Jo, Bailey and Meredith all read goodbye letters he wrote for each of them. The episode ended with him leaving his wife and reuniting with Katherine Heigl’s Izzie, after learning she had given birth to twins using her and Alex’s frozen embryos.

Yeah, it was wild. On Friday, after viewers went off on the show on social media, Pompeo shared her own point of view on his exit … and it was a very different take.

“I say often life is hard and thank God it is because like I tell my kids… it shows us what we are made …of how strong we really are and let’s face it… without the lows there would be no dancing it out or celebrating this incredible experience we call life,” she continued. “Thanks to our national treasure @therealdebbieallen and the writers for giving Alex Karev the best send off. Thanks to @shondarhimes for creating the most amazing character.”

“For me personally for Karev to go back to the beginning…. was the best possible storyline,” she added. “It pays homage to those incredible first years and the incredible cast …that created a foundation so strong that the show is still standing. So let’s not be sad. As our fearless leader DA always says let’s PULL UP and celebrate the actors the writers and the fantastic crew who make this show come to life every week.”

She closed out her post saying that “No matter what the challenge or how tired we all are in the end… you keep us going…..That is worth dancing it out over! So much love and gratitude to you all.”

Her comments on the post were flooded with either crying emojis or fans once again criticizing how his exit was handled.

“There’s no good time to say goodbye to a show and character that’s defined so much of my life for the past 15 years,” Chambers said when he announced he was leaving the show. “For some time now, however, I have hoped to diversify my acting roles and career choices. And, as I turn 50 and am blessed with my remarkable, supportive wife and five wonderful children, now is that time.”

“As I move on from Grey’s Anatomy, I want to thank the ABC family, Shonda Rimes, original cast members Ellen Pompeo, Chandra Wilson and James Pickens, and the rest of the amazing cast and crew, both past and present, and, of course, the fans for an extraordinary ride,” he added.