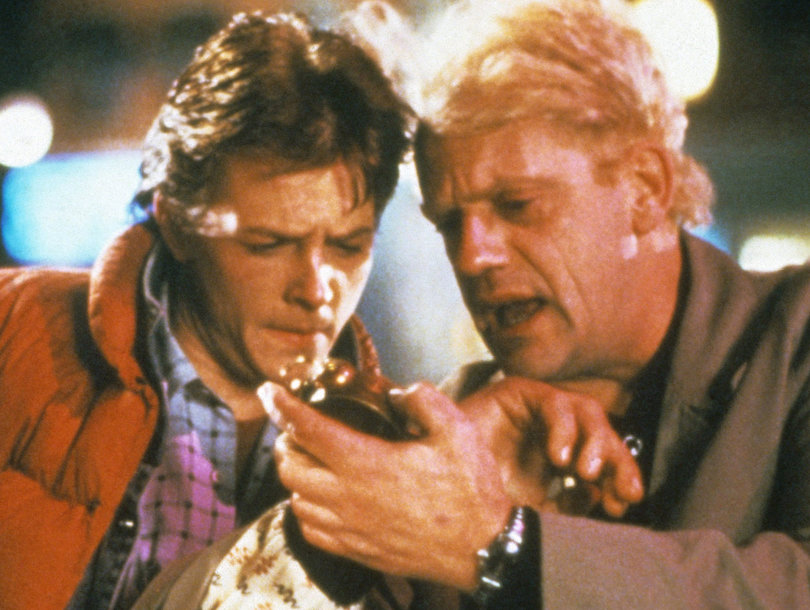 It took them long enough but “Grey’s Anatomy” finally revealed the final fate of OG star Justin Chambers’ Alex Karev almost four months after his last appearance — and it did not go over well at all!

To say it was a jarring day on January 10 when fans discovered that Chambers was leaving the show in the middle of this current 16th season would be a mild understatement. Especially when they were told that he’d already had his last appearance on the show, way back on November 14.

Wha-huh? was the collective internet response. Well, that response is mild — to say the least — compared to the social media reaction now that his final fate has been revealed.

While Chambers has been absent from our screens, Alex has remained in the mix at Seattle Grace, with several episodes addressing what he’s been up to while away, from “helping his mom” in Iowa to finding out that he hasn’t been helping his mom in Iowa at all.

In fact, he randomly messages his wife Jo that he was “going through something” and then stopped taking her calls, and even shut out Meredith. So what’s going on and what gives? And why would “Grey’s Anatomy” play with this character like this on his way out the door technically after he’s out the door?

How can you do a long-running, established character like this without giving him a proper on-screen farewell?

Well, it turns out they did one even dirtier than that as Jo, Meredith, Bailey, and Webber each received a letter from him finally that spilled the beans on the life he’s been leading and it’s a doozy with an epic callback. He’s with Izzie?!? They have kids?!?!

Okay, it’s not as bad as a secret double-life, but still. Apparently, the writers were scrambling to come up with some way to make this work (or this was always the terrible plan, but we hope not) and they connected it back to when Alex was looking for people to speak on Meredith’s behalf to save her medical license.

One of the people he contacted was Izzie and she revealed to him she had five-year old twins … and they were his. They were the products of embryos Alex had signed away the rights to.

So he decided he had to meet them. And when he did, he decided that this was his life, with her, with them and without a proper farewell for Jo or Meredith or “Grey’s Anatomy” fans.

In fact, neither Chambers nor Katherine Heigl returned to try and sell this absolute insanity, though Chambers did provide voiceover for those letters. But it wasn’t enough to shove this random and offensive conclusion down the throats of the show’s fandom.

They quickly the popular — but not usually buzzy — show trending number one on Twitter to share just how not entertained they were about this whole mess:

me: THEY BETTER NOT KILL ALEX OFF, I SWEAR

me this week: …….they should’ve just killed him off…..#greysanatomy pic.twitter.com/DRlD10cx7w

All I’m saying is if they could get Justin Chambers to come back and do an Alex Karev voice over for this, they sure as hell could’ve convinced him to film ONE MORE EPISODE with a better ending than this absurdity. #GreysAnatomy pic.twitter.com/Du05RwRF5w

y’all, check on your grey’s anatomy watching friends.. we are NOT okay. 😭😭😭 #GreysAnatomy

Bailey’s face sums up my feelings for this episode. #GreysAnatomy pic.twitter.com/nlxb8WmeRE

I did not watch 16 seasons of #GreysAnatomy just to have this bullshit happen to Karev pic.twitter.com/rhceDjMvoi

alex and april ditching character development by getting back together with their exes after serving soulmatery storylines for years #GreysAnatomy pic.twitter.com/JeZTk45eiB

JO TOLD ALEX HOW SHE WAS MANIPULATED AND MISTREATED IN THE PAST AND NOW HE HURTS HER EVEN MORE LIKE HE WOULD NEVER DO WTF THEY JUST RUINED THE WHOLE SHOW #GreysAnatomy pic.twitter.com/3XvgBzJRJa

Us going to bed after this episode. #GreysAnatomy pic.twitter.com/5szkZRC117

after all Jo and Alex have been through your telling me he left her for IZZIE is this a joke, didn’t think i could get angrier after Derek got hit by a truck!!!! #GreysAnatomy pic.twitter.com/2u3qsjFIEk

Alex Karev, who has had an incredible character arc over 16 seasons of #greysanatomy, beloved by fans, is doing VOICEOVER of letters like op sorry not coming back live in Kansas now with my ex wife and secret children, Ok bye bye now. & we are supposed to say SOUNDS GOOD? NO!!!

I’m going to forget I ever saw this episode and just tell myself that Alex died. #GreysAnatomy pic.twitter.com/UeJdX769lD

So when Jo left that heartbreaking, beautiful voicemail about how SHE WOULD JUMP IN FRONT OF A BEAR FOR HIM HE WAS PLAYING HOUSE WITH IZZIE?!? #GreysAnatomy pic.twitter.com/anlSDw2TTd

Raise your hand if you have been personally victimized by #GreysAnatomy 🙋🏼‍♀️ pic.twitter.com/HNM0B0wxVn

You’re gonna tarnish the good name of Alex Karev by writing his character off the show like THAT!?!? #GreysAnatomy pic.twitter.com/9DyGgonu3t

I have NOT been watching greys anatomy for YEARS JUST TO SEE ALEX LEAVE JO AND MEREDITH FOR IZZIE WHO LEFT HIM AND DIDNT REGRET IT WHAT THE ACTUAL FUCKKKKK #GreysAnatomy pic.twitter.com/Gq8PWceCKp

My brain broke from this horrible send off. This cannot be real 🙄 #GreysAnatomy pic.twitter.com/rL3C0Rq6AJ

Who’s starting the petition to have Jo wake up from a bad dream in the beginning of next week’s episode to find Alex there, ready for a proper, logical farewell in line with more than a decade of character development? Or maybe have him get hit by a truck. You know, something better than this — so pretty much anything.