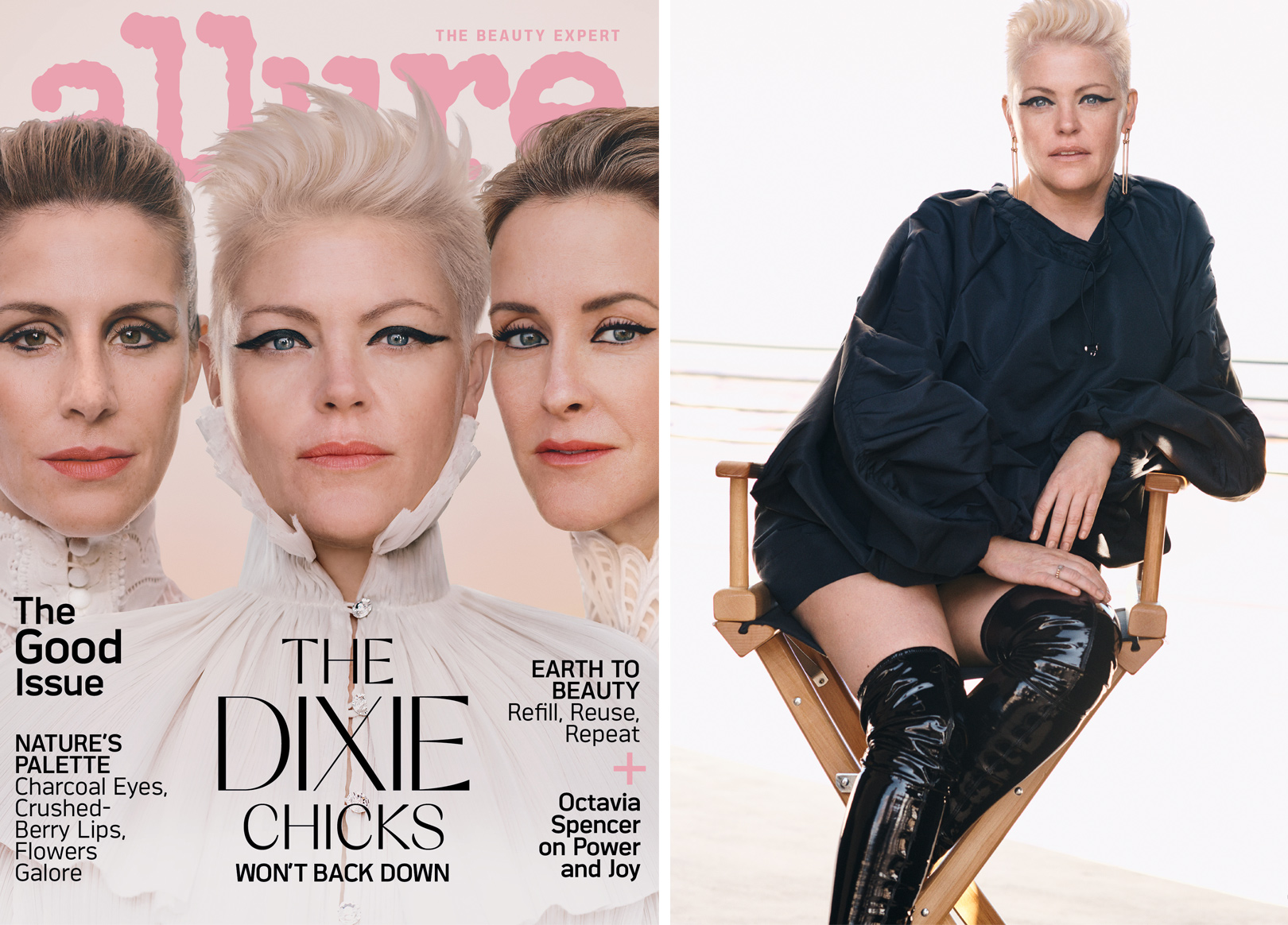 The Dixie Chicks were “Not Ready to Make Nice” with that song’s release in 2006 — three years after publicly slamming then-President George W. Bush — but what about now?

During a performance in the UK back in 2003, lead singer Natalie Maines criticized Bush over the invasion of Iraq. “We do not want this war, this violence. And we’re ashamed the president of the United States is from Texas,” she said at the time, inciting a backlash unlike any the music industry had seen before.

There were organized protests, death threats, their albums were burned and they were basically blacklisted from the world of country music.

With a new album on the way in 2020 and the release of their fiery comeback single “Gaslighter” earlier this week, the trio — made up of Maines, Martie Maguire and Emily Strayer — cover the new issue of Allure, where they reveal whether they’d do it all again, knowing the consequences.

“Oh, that’s an interesting question,” Maines told the publication, “I have no regrets, but the responsible part of me doesn’t want to put people through shit.” Strayer has a slightly different POV, telling Natalie, “I feel like you might’ve said something smarter or different.”

“Well, I always wish I had said something smarter!” said Maines, in reaction. “But when I think back, it’s like that movie Sliding Doors, right? Where would we be today if I hadn’t said that? That’s interesting. I really don’t know if I would take it back.”

When asked if they were “mad” at the time, Strayer admitted she was, “for five seconds in the elevator.” That answer seemed to surprise Maines. “It was that next day. I said something, you don’t remember the conversation?” asked Strayer.

“I don’t remember you being mad,” Maines told her. “Mad is not the right word, but I remember being in the elevator, and I was like, ‘I’m glad it wasn’t me.’ It was more like scared-mad,” Strayer clarified. Maines admitted “it was a bad situation” overall.

Though their 2006 album debuted at the top of both the pop albums and country charts with their 2006 album “Taking the Long Way” — which picked up five Grammys, including Album of the Year — country radio barely played it. In the time since, they collaborated with Beyonce on the 2016 song “Daddy Lessons” and Taylor Swift’s “Soon You’ll Get Better” in 2019.

When asked if they still feel like “part of the country music world,” Maines said, “No, absolutely not.”

“When we started doing this music, I liked the people in our industry,” she added. “We always waved that country flag when people would say it wasn’t cool. And then to see how quickly the entire industry turned on us … I was shocked that people thought that we were different than what we were. I always felt like we were so genuine.”

Watch their new music video below: