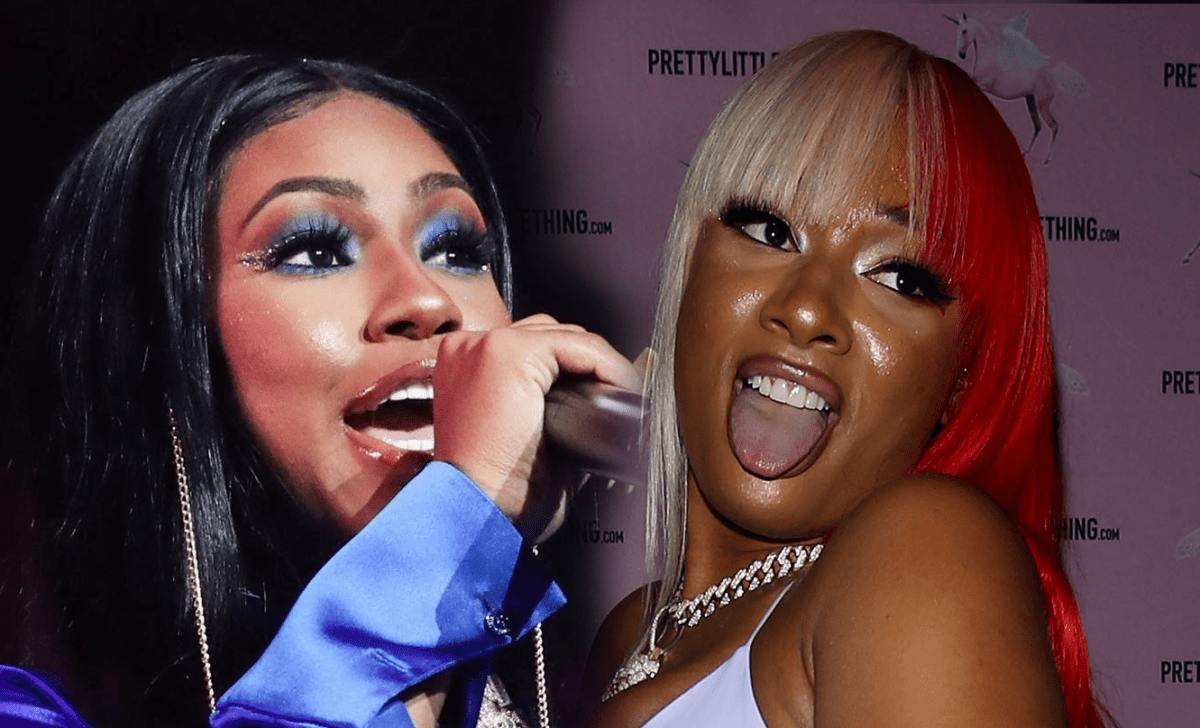 Two of the top female rappers in the world, Megan The Stallion and Yung Miami from the City Girls, had a little Instagram war yesterday.

It all started, when Megan Thee Stallion posted a video of a new diamond encrusted chain that she bought herself. The chain reportedly cost $500,000.

The chain looks remarkably similar to a chain that JT from the City Girls, bought for her partner Yung Miami. Yung Miami’s chain reportedly only cost $90,000.

And well, Yung Miami realized that Megan’s chain looked a lot like her, so she fired this subliminal shot at Meg. She pointed out that Yung Miami believes that Megan has been copying her recently.

One of Yung Miami’s fans peeped what was going on between the two female rappers, and wrote about it in comments on Yung Miami’s page:

Yung Miami, real name Caresha Romeka Brownlee , is one half of the popular girls rap group City Girls (along with her partner JT, real nameJatavia Shakara Johnson The group’s name derives from the pair being from Opa-locka and Liberty City, described by Complex as “two of the roughest neighborhoods in Miami, Florida.” They garnered attention after guest spotting on Drake’s chart-topping hit, “In My Feelings”.

Megan Thee Stallion, real name Megan Jovon Ruth Pete, is a rapper, singer, actress and songwriter. She released the EP Tina Snow in June 2018. She signed to 300 Entertainment in November 2018, making her the first female rapper on the label.