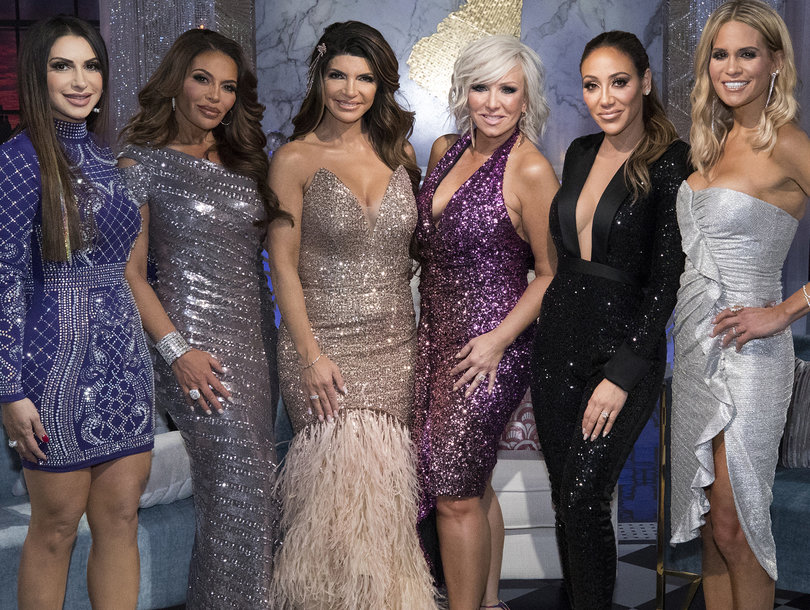 This was it, the final chance for the remaining stars on “The Masked Singer” to sing for their life and a shot at advancing to the Super Nine. Next week, a new batch takes over.

That meant it was make or break for Banana, Frog, Kitty and Taco and every single one of them really did put their best costumed foot forward. That said, by the time the smoke settled, we were ready to be content our outraged depending on who went home.

There were two who have just been okay, while the other half of them are contenders to make it to the finale this season. But the biggest question, of course, was just how big of a star would be unmasked this week.

Once again, the show proved that they are casting huge, relevant and/or legendary names for this show with another big reveal of another major star and household name. But we’ve got a long way to go before we get to that moment.

Producers could not have chosen a better song for the group number to kick off this week’s show as “The Masked Singer” is definitely “Larger Than Life.” It also proved that we’ve got a fun bunch of foods and animals in this group, and all of them have a modicum of singing talent, to boot.

As we saw last week, it seems to be about more (or less) than singing talent, despite what the premise of the show would have us believe. It’s about connecting with the crowd and being likable, so body language and stage presence seem to be even more important than the voice.

Kitty actually showed some vocal weakness on the lower register at the start of this Miranda Lambert song, but by the time she hit “Mama’s Broken Heart” in the chorus, she was soaring again. It just further convinces us that she’s not a professional singer as her main gig, but might be someone who’s dabbled in it. The voice is polished, but the stage presence is a bit behind as she’s not always sure what to do up there.

Guesses: Her clue package added the phrase “seal the deal” and featured her BFF saying she was bullied for being weird and is totally into horror movies (even directing) and drama. She then gave Robin a “Fireworks” friendship bracelet because the first time they met was “lit.”

T-Pain convinced himself of his own clue by remembering that Christina Ricci was in “Casper” as well as “The Addams Family,” and it’s not a terrible guess for one of this season’s toughest people to decipher.

Ken thinks “gossip” and last week’s “ring a bell” clues both pointed to Kristen Bell, but Jenny outdid him with a giant Ken face mask to welcome Hayley Duff to “The Masked Singer.” And then Kitty seemingly shut it all down backstage saying she was flattered the judges thought she was as good as those guesses.

The internet is even a little stumped on this one, as they actually picked Jennifer Love Hewitt because she starred in “Ghost Whisperer.” But, uh, we know that figure and that ain’t that figure. Just saying.

There are still several nods for Sarah Hyland, while Leighton Meester (which is a good guess as she collabed with Robin and starred in “Gossip Girl”) and Jackie Evancho joined in the fun (with good logic behind that as well).

This could be the biggest surprise reveal of the season, if the clues don’t start helping them narrow it down.

Okay changing my guess – Kitty gave her bracelet to Robin and #TheMaskedSinger pic.twitter.com/49QrzWLwB9

It’ll be funny when the Kitty is actually reveled cuz I don’t think most of us would have guessed it to be Jackie Evancho, especially cuz she’s widely known for Opera. I forgot she existed until now #TheMaskedSinger pic.twitter.com/jcnSBaah47

Taco gave a competent and well-tuned performance of “Can’t Help Myself,” but it didn’t really have anything else to it. He definitely has a good voice, but doesn’t carry himself as someone who does this every night on tour for a living. He kind of shuffles around the stage as if he’s comfortable in front of people, but not necessarily singing.

Guesses: Taco added a clue about a lot of “salsa,” and his friend talked about him helping people when they’re down and that he’s always good for a laugh. He then gifted Nicole a “Kiss” friendship bracelet. “Did I kiss Taco?” Nicole asked.

“Not to be corny, but when I saw you in person, you were perfect,” Taco told her and no, it’s not Gene Simmon, Nicole! She then went with Barry Manilow, while Robin followed a deal clue to Howie Mandel.

The internet seems to agree that this is an older performer, but that’s about where the comparisons end. They’re more settled on this being an older comedian, rather than a singer, with Tom Bergeron still their favorite, but not their only guess.

Taco is John Lithgow and all I can hear is Lord Farquad #TheMaskedSinger pic.twitter.com/FQVcdV9MI7

The Taco literally did this exact move in his clue package! Tom Bergeron ain’t even trying to hide it! 😂 #TheMaskedSinger pic.twitter.com/wvDn8Csv8C

Banana got into it a little more on Bill Withers’ “Lean on Me,” taking it to church in a more literal way than you usually see on these types of shows, and while he didn’t have the vocal range or power of either of the previous two performers, there was something engaging about the overall performance and his commitment to it. He’s not a professional singer, but he’s a born entertainer.

Guesses: New clues included messages from his girls about building them a go-kart track in the yard and that he inspired laundry? He also gave Jenny a “Nineties [Love]” friendship bracelet. That clue took her to Michael Andretti, whom she befriended at the Playboy mansion.

Nicole went out there with a “wheelhouse” clue to Brad Paisley, while Ken is still determined to stand by Larry the Cable Guy, deciding he went on a diet to be that lean. T-Pain thinks maybe Johnny Knoxville.

We still think it could be Ron White, but the internet is absolutely certain that this is Bret Michaels. As in, there are more sure about this than almost anyone else in this group. Do we dare disagree with the masses? They do have a lot of receipts.

Banana is a rose with a thorn for sure… #TheMaskedSinger pic.twitter.com/yLODW8DUSZ

#TheMaskedSinger the banana is Bret Michaels period 1. He has two daughters 2. He races dirt bikes 3. Last month his dad past away like 🙂

The Banana is Bret Michaels…. 1. He has a track in his back yard.. heres the articlehttps://t.co/HgpAFzRRLW
2. The “Blue Collar” he had a pet line in petsmar
3.His father passed in August
4.cowboy hat he always has a cowboy hat on.#BananaMask#TheMaskedSinger @JennyMcCarthy

Frog actually showcased his singing vocals on The Gap Band’s “You Dropped a Bomb on Me,” which was a new side to his voice. And he was absolutely funky and cool on this. He is an absolute master stage performer with killer dance moves.

Guesses: We can’t believe Frog was ready to give up music because he is an incredible performer and has a great voice both in rap and vocals. That’s the total package and what it’s all about.

Speaking of packages, we met his manager who confirmed he was a child star, with an MC Hammer clue thrown in for kicks, as well as shampoo and a comb. Once again, Ken got left out of gifts, as T-Pain scored an “All We Do Is Win” friendship bracelet. Could it be Ludacris?

Ken followed clues of the video turning into living color to a “proud family” comment to Tommy Davidson, while Robin thinks it could be Omarion. They’ve still got no idea because the internet has been all over this and this week’s clues only further pointed to Bow Wow.

& you had the NERVE and the AUDACITY to say the Frog is Omarion?!? TF?!?! 🤦🏽‍♀️🤦🏽‍♀️ #TheMaskedSinger pic.twitter.com/AjqJON8BqN

Frog still Bow Wow . Only one I know for sure! #TheMaskedSinger pic.twitter.com/PQpsrtkXHI

This one is a toss-up between Taco and Banana, because Kitty and Frog just keep bringing it week after week and they did so again here. This week, we feel that Taco edged out Banana vocally, but Banana definitely gave an overall better performance and stage show.

And if this show has proven anything, that’s it. Plus, he broke our heart with the story of dedicating the song to his father, who recently passed away, and really brought out some emotion with that choir.

That should have been enough to give him the edge with a sentimental audience over Taco, and it was. Taco had a good run on the show, but he simply fell victim to everyone else having a better week this time around.

Nicole stood by her Barry Manilow guess, while Ken simply tried to manifest Martin Short onto the show by guessing him. Robin has been all over the place, but has no real guesses of his own, so instead he sided with his “mortal enemy,” Ken. Wait, what? Why?

T-Pain went out on a limb with an almost random guess based on old-school washboard weirdness and “Cheers.” So he went with Kelsey Grammer, but Jenny is still thinking it’s all about Jerry Springer. He even gave a “final thought” after his performance.

Was she right? Were any of them?

They were not, but the internet was all over this one almost from the very beginning as Tom Bergeron emerged from underneath that sweaty red head. So many of the clues pointed to his tenures on both “Dancing with the Stars” and “America’s Funniest Home Videos,” which both Robin and Nicole were a part of (Nicole even won).

And that’s a wrap for Group B, as Banana, Frog and Kitty move on to the Super Nine. Meanwhile, next week introduces us to the final six contestants in this wild and unpredictable third season.

Astronaut, Bear, Night Angel, Rhino, Swan, and T-Rex round out the competition, and they’ll battle it out amongst themselves until half of their numbers are gone. Then everyone left reunites for the final run to the finale.

The guessing game begins all over again on “The Masked Singer,” next Wednesday at 8 p.m. ET on Fox.